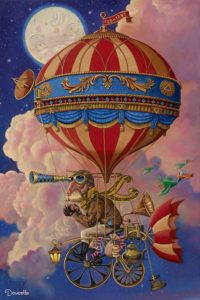 Since Mars has been in Taurus it’s been setting off a lot of fireworks, beginning with a challenging square to Saturn in Aquarius on January 13th.  Mars is in Taurus now where it tends to resist behavior that is too radical, but if we try to stifle our resistance it may blow up like a bull (Taurus) in a china shop.  Mars aligned with Uranus on the 20th in a conjunction in Taurus which thankfully did not bring the kinds of explosions many of us feared.  Mars activity continues, though – still in range of the conjunction to Uranus it will form a square to Jupiter at 2:48 am EST on the 23rd (the energy is still building, and the potency of the Mars fire is still very much with us.

Mars square Jupiter can enhance confidence but it can also raise tempers and create conflicts.   Channeling this energy into a project that requires faith and confidence is a helpful way to manage this Mars/Jupiter combination.  In our personal lives it could have the effect of shaking us out of anywhere we have felt stuck and unable to move forward with a dream or idea of change.  In Taurus, Mars can make it more difficult to actually take action to break us out of old patterns, but the square to Jupiter can help to break up stuck energy and enhance our higher vision which is the first step towards growth. ❤️