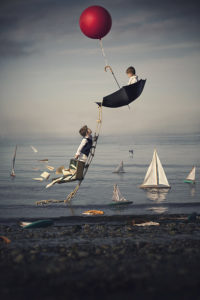 Eclipses affect different people in different ways.  If I experience them personally it’s usually with some sort of realization or emotional outburst. Monday’s solar eclipse was angular for me, opposite my ascendant, and I felt all day (and Sunday night too) as if I had been plugged into an electrical socket. Yet astrologers on Twitter debated whether eclipses have an effect on individuals or serve a purely mundane (worldly) purpose.  The eclipse, at 23 Sagittarius, fell exactly on President Trump’s Moon and with the actions of the electoral college, finally eclipsed his 2020 presidential campaign, but other than that we have seen no dramatic effects so far. A happy thing considering we are finishing 2020!!

Meanwhile Venus leaves intense Scorpio for Sagittarius, so some of the complex interactions you may have been having will lighten up a bit.  Venus in Sagittarius in December typically corresponds to holiday parties and we won’t be seeing that this year, but this is a generally lucky period of financial abundance as well as a proliferation of general good will.  Something much needed right now!  Also, Chiron turns direct today and there is only one retrograde planet in the sky (Uranus)!!! 😃 Still, with Chiron virtually stationary for the past few weeks and the next few as well, old wounds are being released at a rapid clip.  The only way out is through, but on the other side is freedom.