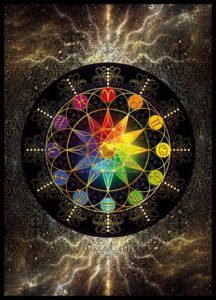 Jupiter enters Aquarius on December 19, 2020 for the first time since January of 2009 and after a year of a stellium in Capricorn, the sign of hardship and mastery of the material world, astrologically-minded folk are celebrating. After all, Jupiter is said to be in its fall in Capricorn where the natural buoyancy and optimism of Jupiter must be compressed into the practical goals and strategies of Capricorn.  In the air sign of Aquarius, Jupiter’s boundless enthusiasm and positivity is more likely to enjoy free reign.

Jupiter and Saturn are considered “social” planets – unlike Mercury, Venus and Mars which deal primarily with the personality and the lens through which we see the world, Jupiter and Saturn describe the way we interact with the world around us.  Jupiter is expansive and reveals the ways in which we develop our philosophies about life through exploring shared traditions and ideas – it helps us to reach beyond the limits of our own ideas to keep learning and growing.  Jupiter also shows what we need in order to feel abundant and prosperous and what we might need to do in order to achieve this. Saturn, on the other hand, is restrictive and shows where we feel insecure or not good enough and where we may experience hardships so that we can become stronger through endurance, and more successful in the material world through hard work and discipline.

As Jupiter traverses the signs of the zodiac (approximately once a year), it helps us to open the doorways symbolized by those signs.  As Jupiter moved through Capricorn between December 2019 and December 20, it was conjunct Saturn, Capricorn’s ruler, for much of the year and of course Pluto was tied into that stellium as well.  This heavy Capricornian influence has coincided with a tremendous restriction as the world battles a pandemic, and as Jupiter moves into Aquarius it will still be traveling with Saturn, this time in an exact conjunction which you can explore more about in this video. 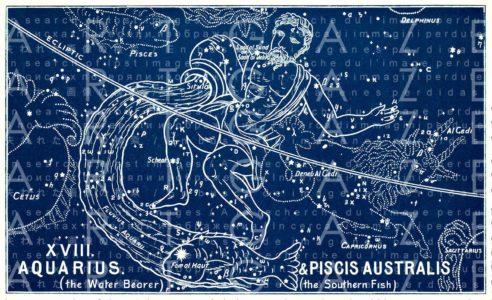 The sign Aquarius is a bit of a mystery.  Although it is known as the “Water Bearer” (possibly because of its location between the constellations of Pisces the fish and Cetus the whale), Aquarius is dry in nature and tends to shy away from emotions and feelings, the qualities of the typical water element.  Aquarius is known to be somewhat detached, and with its correspondence to the 11th house of social groups there is a tendency to be more interested in the needs of the collective than in the needs of the individual which are the domain of Aquarius’s opposite sign Leo.  Because of this, Aquarius can be impersonal and while intellectually brilliant, lack emotional intelligence or the ability to understand the human need for ego gratification.

Jupiter’s passage in Aquarius will last for about a year, and during this time we will likely see an amplification of scientific discoveries, technological advancement and innovation of all kinds, the spread of humanitarian efforts and a wider sense of injustice.

While it’s certainly true that Jupiter can bring good luck and good fortune, its potential to expand whatever it touches can also lead to an excess of laziness and greed and other negative qualities that can occur when expansion is taken too far. In the case of Aquarius, this suggests, among other things, an idea that the individual can and should be sacrificed for the sake of the collective, such as the idea of “herd immunity” in which it is thought that if a small number of people die it’s worth it to bring immunity to the greater society. This is especially true because Saturn, planet of restriction and the traditional ruler of Aquarius, is conjunct Jupiter at the ingress point and will have a significant effect on the way Jupiter begins its travels through Aquarius.  We are already seeing fears of “social control” – a very Saturn in Aquarius concept, and Jupiter’s love of freedom and expansion does not care to be confined for any reason, even for the sake of the collective.

Jupiter goes through a sign every twelve years – its last journey through Aquarius was in 2009.  This was the year of the rapid proliferation of  Facebook and – using technology to create online communities, a very Aquarian concept – throughout the world.  The Bitcoin network was created, using technology to create digital currency – while Jupiter is in Aquarius this time around we will likely see the wider use of this kind of economic system.  Already Paypal, a major player in online financial systems, has purchased its own form of digital currency. Bitcoin was unique in its time because unlike other financial currencies it is not created by governments (Capricorn) and cannot be traced.

Important dates while Jupiter is in Aquarius

This square from Saturn to Uranus is one of the primary players of 2021.

Then… Jupiter dips a toe into Pisces and begins to blur the boundaries of what is real and what is not:

Jupiter retrogrades back into Aquarius and remains there until December 28, 2021 when it re-enters Pisces for the next year.

Jupiter in Aquarius can bring about tremendous innovation in science and technology, and can help to expand (Jupiter) a sense of brotherhood around the world (Aquarius).  It may preside over a widening desire for social justice and a sense of equality for all humans, and increase the wisdom of humanity to embrace all peoples without prejudice.  Along with its partner Saturn, the ruler of Aquarius and therefore a powerful ally, the creation of a change from the status quo is inevitable.  If we broaden our view we also must note that we are in the doorway to the Age of Aquarius, and the trappings of the old age are falling away.  We may not always like what we see in the political realms, but in our personal lives this can mean more personal and individual liberty as well as a greater perspective and a wiser view. ❤️


I gratefully accept donations to support my work: Venmo or Paypal