A Life of Abundance in a Contracting World

A Life of Abundance in a Contracting World 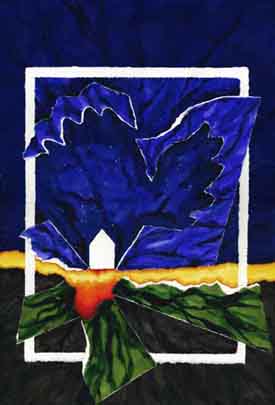 As many of you know, one of the paradigms by which I live is that we are the co-creators of our reality.  A healthy capitalist economic system is based on this premise:  When consumers feel prosperous, they buy stuff.  When they buy stuff, the people who manufacture the goods make more stuff, they create more jobs, and their profits increase and they pay their employees more which causes them to feel more prosperous and they buy more stuff.  The company is stronger and wealthier and the stock price rises, which creates more optimism in the stock market.

When Pluto was in Sagittarius, between 1995 and 2008, this process of optimism creating abundance, which is after all a Sagittarian expansionist theme, became corrupted and rather than a healthy balance of optimism fueling production, we had an economy that was based on sheer optimism and speculation.  The globalization that spread like wildfire under Pluto in Sagittarius (the expansion of Sagittarius also includes travel and exploration of foreign cultures) caused the loss of over 3 million jobs in the United States.  It can be argued that this contraction in the United States produced the expansion of the economies of China and Inda among others, but the point here is that this contraction of the US economy was not reflected in the “relentless optimism” as I called it that we saw here in the US.  As a result, the economy became overinflated and the bubble has now burst and is slowly deflating.

This deflationary period is a natural one, but if we don’t understand the underlying reality we can become fearful and panicky, particularly if we lose our job.  If we aren’t careful we can get caught in a spiral of despair that becomes a self-fulfilling prophecy as our belief that the economy is crashing creates that reality in our own lives.  Sometimes our personal planetary cycles, especially if we are being visited by Saturn or Pluto, make it easy to slip into a gloom from which it is difficult to escape.

It is during these times that it’s particularly important to focus on the positive and create strong intentions for the life that you want.  It’s easy to be positive when life is going great, but when we’ve lost our job, or our parent has died, or our spouse has left us and taken all of our money – those are times that truly test our faith in life.

Focusing on the positive does not mean ignoring the negative.  It does not mean slapping on a happy face and avoiding real problems that affect us.  But it does mean a willingness to look for the door that is opening as one closes, and to know that we CAN create a life of prosperity and joy.

This is the principle that has guided through many a dark night of the soul, and which has helped me to create an incredible life.  It worked for Barack Obama, whose main message was Yes We Can create change in the world, Yes We Can have a government that serves the people rather than the other way around.  It will work for you too.