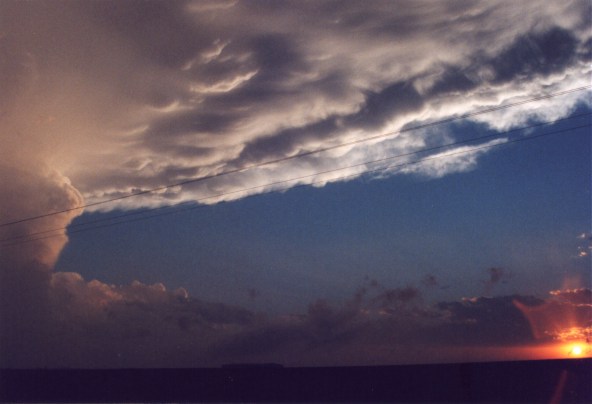 We’ve had a rough time astrologically over the past year, which may account for the explosion in new astrology blogs. We get a brief respite in 2007 (except for the opposition of Saturn to Neptune), and then the countdown starts to 2012.

Astrologically, the period around 2012 brings a number of major aspects that are big and challenging, but that also have the potential to bring tremendous change and transformation. The square of Uranus to Pluto, heralding a cultural change that will echo the changes of the Uranus Pluto conjunction in the 1960s, begins in 2011. Uranus will be in Aries, the god of war, with Pluto in Capricorn, the sign of structure and society. Here’s what’s coming up before then:

Difficult times bring transformation and that can be a magnificent experience if we are able to keep our perspective on what is occurring on a spiritual level. Robert Wilkinson has some inspiring words to help keep us focused as we approach these times:

By ancient sources we are told humanity is on an arc of return, and past the depths of its ignorance, though there are a few throwbacks still flailing against history. I believe these times are the last effort for those clutching at a way of life that is already fading, as the vast majority of us do NOT think torture, starvation, violence, greed, and smashmouth politics and economics are part of a desireable or sustainable reality.

We are now becoming aware of global issues that transcend nations, and affect everyone on Earth. This is the wave of history, and we have some ability to determine whether the transition into the era dawning after 2020 will be unnecessarily difficult. It will be rough enough, but eventually we will break free of the mindset that is gripping the planet at present. This too will pass.

It’s like humanity is the planetary brain, and one part of it has awakened to some much greater possibilities of how to live in this 3 dimensional place we call Earth, while the other part of the brain has a diseased tumor destroying everything it seeks to possess through its desires with no thought to the destruction it has caused. However, eventually we will learn we must work together as we have always learned since the dawn of humankind. We have grown separate through an illusion that is divisive and exploitive, and this is contrary to evolution. What confronts us is a decision to change focus due to forces beyond our control forcing us to adapt to future needs.

It will all turn out to be ultimately “good,” since we’ll move past the destructive mindsets and emotional toxicity presently plaguing the public health. During this time, many we encounter will still try to frame “success” and “failure” in terms of the old reality systems, whether they are realistic or not. Often we find ourselves moving through experiences pushing and pulling us in confusing direction.

Our practice is to remember that we are Eternals participating in shaping the future by our thoughts, feelings, and deeds in the present, despite the oppositions, polarizations, dualisms, and crashing philosophies and views that are inherently unreal. Maybe they used to be real (or not!) to whatever extent, but they are no longer, as everything is giving way to the evolutionary necessities that are presenting themselves with greater and greater frequency as we all come to realize our connectedness with the Earth we live on.

So relax a little, and to the degree you’re able, enjoy the passing soft parade inside the gold mine. We are the trailblazers of a dawning era that will make this one seem like a grand illusion. We just have to stay focused, balanced, of abundant view and generous in our goodwill in living our lives on this beautiful, fragile Earth.

It will get better after it gets worse for awhile, but that will make the goal all the more wonderful by its contrast to this old dying era. We’re playing for the long haul, which promises so much we’ve never known or experienced that it will stagger the imagination. Our job is to open the door and greet that which shows us our freedom to be greater than we were.