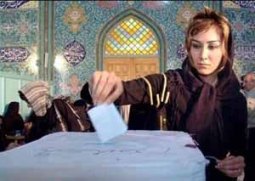 Maybe holding elections in Iran on the day that Mercury (communication and information) was in a challenging square to the big Jupiter/Chiron/Neptune conjunction wasn’t the best idea. During the past few weeks the opposition candidate, Hussein Moussavi, had become wildly popular especially with women, many of whom crave liberation from the oppressive Islamist regime.  News reports claim that the turnout exceeded 82%, but the current president Mahmoud Ahmadinejad appeared to have been elected in a landslide.

The country erupted in riots today as the hopes of millions of voters were dashed and rumors of vote-rigging spread throughout the country.  The main telephone network in Tehran was blocked and access was cut off to numerous websites including Facebook and Youtube.

This is a challenging time in Iran, as transiting Uranus passes over the conjunction of Mars and Mercury in the chart of the Islamic Republic of Iran.  That Mercury/Mars conjunction points to the heated (Mars) rhetoric (Mercury) that has been a staple since the Islamic revolution in that country, and Uranus transiting over those points has elevated this to a new degree.  Uranus is the planet of revolution and change, and when it transits Mars there is generally an upheaval of some kind.  Because of this, I fully expected Moussavi to win this election. But Uranus is also the planet of surprise, and the planet that instigates reaction and it’s possible that the revolutionary fervor that accompanied the news of Ahmadinejad’s win could spark off a resistance in Iran that could eventually lead to long-lasting change.  Note this Newsweek article:

“I’ve never had so much fun in my life,” said Nazli Hosseini, a 19-year-old graphics student, who was dancing  with a group of boys and girls to the music of the Black Cats, an L.A.-based Iranian pop group. “A few years ago I couldn’t even dream of doing this on the street. But now, thanks to the collective hatred of Mr. Ahmadinejad, we can dance till 4 in the morning. This means that Mr. Ahmadinejad and the illiterate people who support him cannot stop us anymore.” Hosseini stopped, changed the music, and started again. “This one is in the honor of Mr. Mousavi,” Hosseini shouted as she continued to shake as if her life depended on it. …

Whatever the coming announcement is–a Mousavi victory, an Ahmadinejad resurgence, a second round of voting–something has changed in Iran over the course of this campaign. Iranians from unexpected quarters have started to express themselves, and the leaders of the Islamic Republic now face the uncomfortable reality that the people must be listened to.

The median age in Iran is about 26 years, with 70% of the population under age 30.  Iranian youth are suffering under high unemployment and runaway inflation, and 20% of Iran’s youth population is unemployed.  The young people want greater freedom and chafe under the restrictions of the mullahs.  This is a fertile breeding ground for revolution.

In February of 2008 the Sun in the progressed chart of Iran chart transited progressed Chiron, signaling a healing crisis in the nation, and in May of this year the progressed Sun crossed the Midheaven of Iran’s natal chart.  The Midheaven in the chart of a nation signifies its government but also the way that nation is perceived in the world, and the transit of the progressed Sun over that point signals a new importance for Iran in the global picture.

You can read my original profile of Ahmadinejad here, Uranus in the sky is in an opposition cycle right now to the conjunction of Venus and Jupiter in his chart that will be creating some radical change (Uranus) in his fortune (Venus) and the way that people see him (Jupiter).  However, transiting Pluto is making a harmonious trine to natal Pluto in a cycle that concludes this summer and fall which is typically a time when we are able to become fully empowered.  This could bode well for his political future.

The Uranian changes in Iran right now will necessitate that become more flexible as he adapts to the growing voice of his people (Venus).  Most reports assert that the Iranian people are not as anti-American as Ahmadinejad’s government, but it is likely that with the Iranian progressed Sun crossing its Midheaven the nation as a whole is heading for a position of greater power on the international stage.

Update:  Thanks to Jill for this link to an article outlining fraudulent acts in Friday’s election.