An incendiary time: bombings and inspiration

An incendiary time: bombings and inspiration 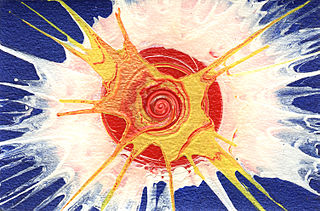 As you may know if you follow this and other astrology writings, we are in the midst of a major planetary event: the opening square of a new Uranus/Pluto cycle.  Uranus represents the breaking apart of the established order – the rebellious force that resists conservatism and the status quo.  Pluto represents destruction and regeneration as well as power, and tends to create obsessive behavior in the sign through which it is traveling.

Pluto is in the sign of Capricorn now – the sign of business, corporations, marriage – all of the structures that create a foundation upon which our societies depend, so with Pluto going through this sign since 2008 we are seeing the destruction of many of these structures as well as an attempt to consolidate power and authority.  Uranus is in Aries – the planet of the revolutionary in the sign of the individualist.  The major theme in this planetary dynamic is individual (Aries) liberty (Uranus) vs. the power (Pluto) of the status quo (Capricorn).

This cycle began back in 2011 when the two planets came within a degree of an exact square (90 degree angle), but did not begin in earnest until last June when the angle reached exactitude.  We are now moving towards the third phase of that cycle.  This is a major cycle indeed, with seven exact stations within seven degrees.  Here are the dates of the Uranus/Pluto square:

This month of April has been particularly fiery as we moved from the watery emphasis of a Pisces stellium in March to a fiery stellium (grouping of planets) in April that peaked on April 10th at the Aries New Moon with five planets in Aries and with the Sun, Moon, Mars and Venus tightly connected within two degrees.  Mars is the ruler of Aries, the sign of Cardinal (initiatory) fire,  and is the fieriest of all the planets.

Fire is an essential element of the human experience.  It motivates and inspires – it creates the need for action and gets us up off the sofa.  But it can also be extremely destructive, and has a wild quality that cannot be tamed.  The Aries New Moon on April 10th can be seen as a trigger for the upcoming Uranus/Pluto square which is tightening every day as we approach the exact event on May 20th.

Pluto turned retrograde on April 14th, and it had been stationary for most of the month as it prepared to change direction.  When a planet is stationary, its influence is at its most intense and stationary Pluto is often associated with destructive events.

Boston Bombing and the Tsarnaev brothers

The bombings at the Boston Marathon turned out to likely be not part of a global revolutionary conspiracy, but an act of two isolated and disaffected brothers in a country into which they felt unable to assimilate.  However, we can see the workings of Uranus and Pluto in the (in my opinion) radically overblown reaction in which an entire metropolitan area of over four million people was shut down by order of the state (Capricorn) and its fear of radical extremism (Uranus in Aries). This kind of reaction is unprecedented, even after the London bombings which killed 52 people and injured over 700, and the Oklahoma City bombings in which 168 people died.

I predicted long ago that the entry of Uranus into Aries in 2010 would change the landscape of global warfare from nations and large terrorist groups such as Al Qaeda and Hezbollah to rebellion (Uranus) of individuals (Aries) instead.  I believe we will continue to see this more and more as we move through this cycle of Uranus and Pluto through 2015.

Eric Francis posted the chart for the event on his Planet Waves site here along with an interesting analysis of the mundane aspects of the chart. The Sun and Mars had been in a very tight conjunction ever since the Aries New Moon on April 10th, and culminated in the exact conjunction a few days after the bombing.

I am always more interested in the psychology of the event.  The older brother Tamerlan Tsarnaev, who died in the aftermath of the bombing, had an exact square between Mars and Pluto in his chart.  This is a difficult aspect that often (but not always) involves abuse in childhood and difficulty in getting one’s needs met.  With the Sun in Libra he would have tried to please others in order to make his way in the world, but the underlying rage of Mars/Pluto would make that a challenge.  Saturn opposed his Moon which can make it difficult to connect with others and especially in younger life can denote loneliness and isolation.  Tamerlan competed in boxing tournaments but was thought to be a coward underneath a veneer of arrogance.

We don’t know what sign was rising in his chart without a birth time, so we can’t really assess that veneer astrologically.  But the isolation and rage is clear from the chart.

The younger brother, Dzhokhar,  is a Cancerian at the last degree.  Sensitive and committed to family, he also has a Virgo Moon which needs to have a sense of safety and security.  That Moon conjoins Mars, so he too has anger issues like his brother.  These difficult lunar aspects in the two brothers suggest that the relationship at home, particularly with the mother, threatened their security.

With Mercury (mind and mental function) opposite both Uranus and Neptune, which are conjunct in the chart, he likely suffered from some kind of attention deficit disorder that would have made it difficult to concentrate, and he did not do well in school.  Saturn is retrograde in his chart which generally denotes someone who is particularly self-critical, and it opposes Chiron which suggests a deep wounding and emotional sensitivity.  I suspect this younger brother went along with the plan out of a need to belong and be accepted by the older brother. It appears from news reports that both of the boys’ parents had moved back to Russia, and that they were living on their own.

Moving through these  incendiary times

When our lives are falling apart and being reconfigured in new and unfamiliar patterns it can be difficult to find a perspective that has any meaning to us.  The traditional concept of faith, that good things happen if our faith is only strong enough, doesn’t really work in the real world.  But there is a different type of faith – a faith in a process of Universal Intelligence that is unfolding in ways that we are unable to imagine and which will bring us exactly the lessons that we need to learn and the experiences that we need in order to progress in our lives.

A friend of mine told me yesterday:  “This is where you are in your story.  This is not the end of the story.”  I love this concept, and know it to be true.  The experiences which seem like they will destroy us in the moment, can be the most amazing times of our lives.  Even when we are faced with critical illness and death, there are gems of wisdom that can be given, including an insight into the very nature of life and the passing of time.

The only way I know to reach this level of understanding is through meditation.  Meditation helps us to let go and connects us with the inner guidance of the higher self.

Pluto’s lesson is that we can only control so much of our lives – the rest we must let go.  I like to use the example of tubing down a river – if you try to reach out for something to slow down, you and your tube are whipped against the rocks with sometimes disastrous results.  If you let go and let the flow of the river take you through the path of least resistance, you experience the exhilaration of the journey.