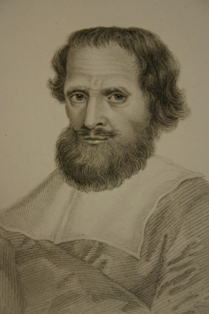 The College of Physicians of London was founded in 1514 (it received a Royal Charter in 1674). Its powers waxed and waned over the coming centuries, depending on support from the Crown and courts. It issued licences to practise physic, inspected the wares of apothecaries and heard cases of malpractice. Physic was defined as medicine that concerns the internal workings of the body. It was rooted in the teachings of Galen, adapted and augmented as it was transmitted through the Arab world and into the universities of medieval and Renaissance Europe. The four humours – blood, phlegm, yellow bile, black bile – had elemental properties (hot, cold, moist, dry) and an imbalance resulted in illness. Physicians advised their clients about how to maintain health through attention to diet, sleep and exercise and prescribed remedies to maintain the correct balance or to moderate a disruption. As directed, barber-surgeons performed blood-letting and apothecaries filled prescriptions for substances to evacuate the body through vomits, purges or sweats. Physicians and a minority of surgeons learned their art at the universities. Apothecaries and most surgeons trained through apprenticeships. These occupations were regulated through urban guilds.

This was a hierarchy of knowledge and status. Physicians were the medical elite, though they represent only a fraction of the medical practitioners in early modern London. Between 1580 and 1600 there were 50 licensed physicians in London. During this period the college identified 150 people practising physic in the city without due authority, some of whom were licensed but most of whom represent a larger body of irregular practitioners, many holding multiple occupations. These people ranged from highly educated men with medical degrees from foreign universities to people (mostly men, the occasional woman) who were schooled through experience alone. These practitioners came to the attention of the college through informants, during disputes over contracts or in cases of malpractice. From the perspective of the college, Forman was a quack. They examined him and found that he had little Latin learning and his knowledge of astrology was risible. Other practitioners defied the college’s authority but Forman alone professed the supremacy of his astrological methods and attracted such an extensive clientele.

Forman actively challenged the established hierarchy in the name of astrology, promoting a model of medicine in which a single practitioner managed his patients’ health by reading the stars to judge the cause of the disease, advising on regimen, performing blood-letting and minor surgery as necessary and prescribing his own distillations and drugs. Not only did the astrologer provide a complete service in tune with the cosmos, he alone could judge whether a disease was natural, demonic or divine. He alone could fashion amulets and potions charged with occult forces. …

Of course today we generally don’t consider disease as being either demonic or divine, but the dispute between the medical establishment and alternative healing practitioners is still very much with us.

Forman had his enemies and his critics as one would expect, but he was evidently an important link in the chain of astrological knowledge in a time where darkness kept such knowledge hidden.