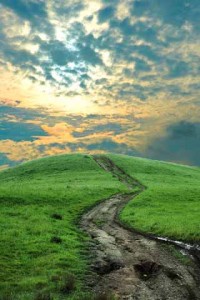 Astrology is a wonderful tool for explaining human behavior, for timing periods of challenge and change, and for providing a map to navigating our way through life most effectively.  What it can’t do, though, is predict an event with any certainty.

That’s not to say that astrologers don’t try.  Earlier in the year, before it appeared possible that Barack Obama could win the election, a panel at the UAC convention included noted Vedic astrologer Joni Patry who predicted that John McCain would win.  The Astrology Chick predicted in January that Hillary Clinton would win the Democrative nomination with John Edwards as her running mate, noting that Edwards had better transits than Obama.  We all know how that turned out!

A great astrologer can make a bad prediction, not because astrology is faulty but because our premises are often faulty.  If we think that a good transit will make for a successful year, we will often be wrong.  Sometimes the most challenging transits create the crisis that propels us into our future in a way that would never happen under an easy trine or sextile.

This can be disappointing for my clients, who really want to know WHEN will they meet their soulmate – WHEN will they get that job they want.  As an astrologer, I spent much of the time between 1993 and 1998 peering at my transits and progressions, searching for the cycles that would bring me closer to the relationship of my dreams.  Many auspicious times for relationships came and went, but no lover.  It wasn’t until much later that I realized that these beneficial times helped to provide the changes within myself that facilitated my ability to connect with my soulmate when he did come along.

When Rich and I fell in love, Jupiter (opportunity) was exactly trine my progressed ascendant and sextile the cusp of the seventh house of partnership.  This is not that unusual an occurrence: it happens about three times a year.  What was it that made that particular moment so special, and could it have been predicted in advance?  There were other, more challenging aspects occurring at the same time, such as Saturn opposing my natal Mercury which often results in blocks (Saturn) in the ability to process our life’s experiences (Mercury).

An ability to predict the future presupposes that the future is set in stone; that our fate extends forward in a long line of decisions that have already been made on our behalf and that we are just robots, propelled in a forward motion along a path already chosen.  Under this ideology, the future is a destination rather than a journey.

Our lives are much more magical than this.  The astrological birthchart shows our fate in that it clarifies our basic nature and tendencies, but it also offers us a key to utilizing these tendencies and characteristics in a way that is more productive and empowering.  If we have the Moon in Scorpio square Pluto and Sagittarius rising, we will always have an intense emotional nature (Scorpio/Pluto) that will compete with our desire to live a life of optimism (Sagittarius).  But we can learn to balance these two inner needs so that they both find expression and thereby rise above the more negative aspects of this inner conflict.

Our free will is in the choices we make at every moment, and the intentions which we create, either consciously or unconsciously.  If our conscious mind desires a relationship, but at a core level we have a fear of intimacy, it doesn’t matter how glorious our transits and progressions are, we will not attract the relationship partner.  If we want a better job but have a core belief that we will never achieve what we want, beneficial transits to the Midheaven will come and go without career success.  As a client said to me the other day, “our transits are our transits, but our process is still our process.”

It’s my belief that the Universe in its wisdom does not want us to know the future.  We can learn more about the present through psychic and esoteric tools in order to make better choices for the future, but as soon as we think we know what is coming the Universe will come up with something different.  This is what gives life its magic and its mystery, and gives us the opportunity to be a Co-Creator of our own destiny.