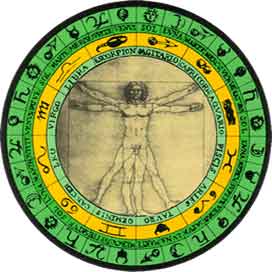 You can read the entire article here, but for your convenience here is an overview of the major planetary news for April:

As April begins, Mercury and Mars are both at a virtual standstill in preparation for their change of direction this month. Mercury will turn direct on April 4 th and Mars, retrograde since January 23 rd, turns direct on April 13 th. Mars and Mercury are both planets of motion: Mars represents our energy, our enthusiasm, and our drive to make things happen, and Mercury deals with matters of the mind and transmission of thoughts and ideas as well as people.

When the two planets of action are in retrograde motion, meaning they appear to move backwards from our perspective on earth, it can be difficult to get things moving. Mars retrograde can cause frustration and irritation as our will and desire are stymied at every turn, and Mercury retrograde can make it difficult to implement our plans and goals with its need to re-evaluate and re-pair which necessitates that we must look over our shoulder instead of forward.

In early April the stationary motion of both of these planets are likely to continue that frustration, but once Mercury turns direct on the 4 th it will become easier to plan and visualize the future although the actual implementation likely won’t come easily until after Mars changes direction on the 14 th. Many people have reported an inability to sleep and a great deal of agitation under the stationary Mars influence, so plan to get a great deal of physical activity to help to release the pent-up energy as productively as possible.

At the same time we are in the middle of a conjunction of Mercury to Uranus in Aries which began in early March and will finish at the end of April. Because Uranus stimulates new ideas and innovation, along with a frustration at anything that is stifling or stale, this cycle demands that we look at our world in a different way. It can be difficult to sleep, especially because of the Aries factor which is highly energized and passionate, yet the retrogrades have meant that forward movement is difficult.

And last but not least, we also have a powerful influence of Pluto, the planet of transformation and renewal, since it too is stationary as it prepares to retrograde on April 10 th. When a planet is stationary (and in early April we have three stationary planets), its influence is focused like a laser beam and we become more and more aware of experiences that fall under its domain. Under Pluto we are dealing with secrets and the dark side of life that usually remains hidden from view but which needs to be revealed so that true transformation may occur.