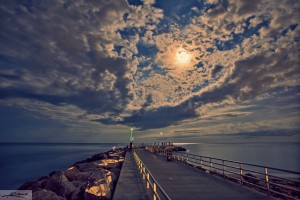 We are in the midst of a very active planetary environment right now.   Mercury has just turned direct after a retrograde period, and Uranus and Pluto are still creating tension that will require us to let go to the force of irrefutable change.  Mars aligns with Jupiter today, evoking a burst of energy and activity that will help us to break free of any delays imposed by Mercury’s retrograde passage.  The watery grand trine (see the sidebar for a link to more information) is in full force and while trines (harmonious aspect between planets) generally foster ease and good will, they can also lock us into a loop of complacency and resistance to the kind of shifts that Uranus and Pluto are putting into motion.

Into the midst of the strong watery energy with so many planets in Cancer and the watery emphasis of the Grand Trine comes the Aquarius Full Moon on the 22nd. Aquarius is the sign of rational thinking – Aquarius doesn’t understand or care for the kind of emotionality that Cancer brings to the table and prefers a more reasoned and scientific approach.

The Sun has just entered Leo and the Self longs to be expressed, while the Aquarius Moon seeks a more transpersonal expression. This polarity can be difficult to balance since each side struggles against the other. Who am I relative to my standing in the community? Where are my needs important relative to those around me? Confronting these issues in the watery realm of Cancer and the Grand Trine can be challenging and this Full Moon illuminates the path to reason.

You can expect this Full Moon to offer a counterpoint to the intuitive creativity and feelings that are highlighted this month and with Mars still interacting with Jupiter and Pluto, there is a great deal of raw power at work here. Watch for arrogance and stuck opinions, either in yourself or in those around you. The Grand Trine will help us to work around these blocks, because confrontation under this influence is rather futile and will just inflame passions and create more conflict.