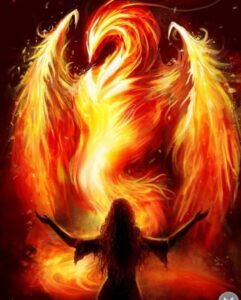 Art by Evolvana on Deviant Art

With the Moon now in Aries, ruled by Mars (planet of aggression and assertiveness), and with Mars about to oppose Pluto, the Lord of the Divine Will, the next few days could bring a great deal of Mars-y energy to the forefront of our consciousness.  Mars is all about expressing and asserting our Will; under its influence we may feel more impulsive and more easily irritated.  When Mars is opposite Pluto in the sky, all of that energy of desire and need may be thwarted in some way, either from outside of us or from inside.  We may need to face some difficult truths, or perhaps give up on a dream or ideal.  Pluto in many ways represents the power of Fate, or what I like to call the Will of the higher self – the divine voice from the soul that guides us past our personal desires towards greater understanding and ultimate fulfillment.

With all of these energies swirling about, I thought it would be a good time to explore the idea of Pluto as modern ruler of Aries.

Each of the signs are traditionally ruled by a planet – beginning with the closest body to Earth, the Moon, ruling Cancer at the Summer Solstice and the next one, the Sun, ruling Leo, the other planetary bodies rule the succeeding signs.  So Mercury rules Gemini and Virgo, Venus rules Taurus and Libra, Mars rules Aries and Scorpio, Jupiter rules Pisces and Sagittarius, and Saturn, the furthest from Earth, rules Aquarius and Capricorn at the Winter Solstice.  Planets in the signs which they rule are said to be happiest and most effective in those signs.

But then we have outer planets and others which do not fit into this traditional rulership scheme.  These planets reside outside of the view of the naked eye and do not describe aspects of our personality as the traditional planetary bodies do.  Instead, they represent inspirational and transformational forces which transpersonalize our experiences and bring us into a greater connection with the Universal laws of spirit and metaphysics.  Uranus inspires us to break out of a mold or routine which no longer serves us.  Neptune inspires us to transcend the mundane world and discover the divinity that lies within.  Pluto – well, Pluto is the destructive force of creativity and the power of fate.

Astrologers have associated Uranus to Aquarius, Neptune to Pisces, and then Pluto was given to Scorpio.  (If you want to really geek out on this topic there is a thread over at Skyscript that will keep you busy for a while.) Some astrologers, apparently beginning back in 1897 even before Pluto was discovered, have associated Pluto with Aries.  As Lord of the Underworld, it makes sense for Pluto to be a modern ruler of Scorpio which takes us deep into the Underworld of emotions and experience.  But we also talk about Pluto as a ‘higher octave” planet to Mars, sublimating the personal Will and desire nature of Mars to a greater purpose – that of transpersonalization and empowerment that results from the release from the bondage of desire.

Rudhyar writes, “Pluto’s impersonality challenges Mars’ essentially personal-emotional character. The challenges occur in Scorpio as well as in Aries…”  But I would debate this idea.  My experience of Aries, not theoretical but from doing readings for thousands of clients over 35 years, is that under Aries we witness the pure expression of Mars, unencumbered by the transpersonal challenges of Pluto.  Aries is not riddled with complex desires and motivations such as we find in Scorpio, and the desire nature of Mars remains relatively straightforward (for better or for worse).

For now, I will continue to view Mars as the sole planetary ruler of Aries.

For more about the connection between Mars and Pluto and the transformational nature of Will, you might enjoy this video I made to better explain the relationship between them.