The role of the Ascendant in defining ourselves

The role of the Ascendant in defining ourselves 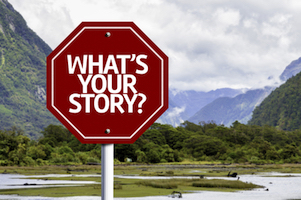 The Ascendant and the Sun sign are often confused and I blame this on Sun sign astrology (so-called “horoscopes” that you see on the web and in newspapers which claim to predict the future based on the sign your Sun was in at the time you were born).  Sun sign astrology claims that the Sun describes your personality but this is actually the job of the Ascendant (also called the rising sign because it was rising on the horizon at the time you were born).   The Sun sign reflects our soul’s purpose this time around – astrologer Liz Greene calls the Sun sign the Hero’s Quest.   I like to think of the Sun sign as the “mission” that we were assigned when we came to earth.   This is not always visible to others, but the Ascendant, since it reflects our personality and the way we appear to others and the way we live our life, IS visible.

An acquaintance of mine popped into my office the other day.  She had always thought that she was born in the morning, but she found her birth certificate and discovered that she was born at night! So instead of her Ascendant being the sign of Cancer, which she had always believed, it apparently was Sagittarius, a very big difference.  This mind blowing discovery coincided with a big change in this person’s physical appearance which had inspired numerous personality changes such as becoming more outgoing and confident, both Sagittarian traits.

Not only that, as a result of this increase in confidence she has begun to make changes in her personal relationships (the Ascendant is the cusp of the First House of personal identity, and it is opposite the Descendant, the cusp of the Seventh House of partnerships.

I haven’t delved into her chart to see what kind of influences were at work for this kind of personal transformation to occur but I’ve been thinking about it because of the confusion over Hillary Clinton’s birth time.  I’ll be covering this in more detail over the next few weeks as my research continue.

In the case of my friend, the interior changes began first and were followed by the discovery of her transformed Ascendant so we can’t ascribe these changes to belief.  But the efficacy of “self-fulfilling prophecy” has been known for a long time, and there’s no doubt that if we believe something about ourselves, or about our astrological chart,
we are likely to act as if those things are true when in fact they may not be.