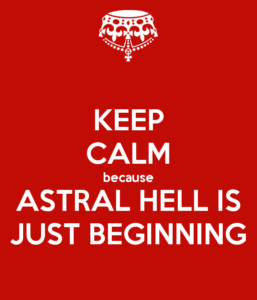 If one’s Sun is stressed in the natal chart, then the Solar Return (or birthday) chart would shine a light on that stress.  For example, in my own chart Saturn and Neptune straddle the sun.  Each year the Sun illuminates that stressful aspect and for many years I hated my birthday.  No one wanted to celebrate with me (Saturn) and I didn’t know what I wanted to do (Neptune).  Fortunately, as we age we begin to work through some of these issues and now I know a little more how to handle my birthday.  I make solid plans (Saturn) and don’t expect too much!

My friend Matthew Currie posted this link to a Wikipedia article reporting that we are statistically more likely to die by suicide during the month before a birthday :

The first large-scale study used the records of 2,745,149 Californians who died between 1969 and 1990. After correcting for confounding factors such as seasonality in deaths, elective surgery, and people born on February 29 [leap year] , there was a significant increase in deaths in the week before the individual’s birthday for men, and in the week after the birthday for women – in both cases, mortality did not peak on the birthday, but close to it. This effect was consistent across age and race cohorts.[5]

The idea that for some death came before the birthday and for other suggests that the correlation may have more to do with solar aspects in the natal chart than anything having to do with the birthday. I dug around a little more and found this post from 2008, quoting a Brazilian astrologer named Eduardo Maia about whom there is no online information.

According to the astrologer Eduardo Maia, the “Astral Hell” just happens when we don’t realize that we should leave the stage to behold the world and disattach, in benefit of those that need some emotional or practical assistance. “It’s time to be an instrument for the others’ goodwill and not be concerned about oneself”, he says. Considering that it mostly doesn’t happen, comes the anguish, the emptiness and the sense of disorientation.

That certainly sounds like the twelfth house – leaving the stage and detaching for the benefit of others.  But is this a theoretical idea, unproven? or something that has been observed?

It’s an interesting concept, and one I’d like to investigate further.  If you have thoughts or stories on the subject, please leave your comments below.