This week is chock full of planetary juice: three planets changing signs in powerful energy shifts, Mars aligns with Uranus to trigger impulse and reaction, and Venus begins to trigger the intense and somewhat dark conjunction of Saturn and Pluto.  What does all of this mean for you?  Read on…

(If you prefer to watch these forecasts, here’s a link to this week’s video.)  As this week begins Mercury (mind and communication) has just moved into reflective and mystical Pisces where it will remain until April 17th.  This is a particularly long trip through Pisces because Mercury will turn retrograde and retrace its steps through Pisces between March 5th and 28th.  During this entire time, communication, learning and other kinds of transmission of information will take on a different since in Pisces Mercury prefers to rely on intuition and feelings rather than a more analytic approach.  Those of us who tend to be more analytic in nature may find this a challenge, but it can also bring about an expansion of the mind in new ways not normally available.  Those of us who are fairly watery in nature and more familiar with the ebb and flow of intuition and emotion will need to resist the temptation to sink deeper into the mists and to instead use the Piscean retrograde to reflect and clarify rather than add to the confusion.

Over the next few days Mars (aggression) moves closer to a conjunction to Uranus (radical impulse) that could create a few problems if we’re not somewhat careful.  Mars is completing a passage through its own sign of Aries where its aggressive instincts can be released unfettered by social norms or insecurities.  Watch for impulsive behaviors that could act to your detriment between February 11th and the 15th or so.  The asteroid Pallas (creative intelligence) opposes both Mars and Uranus now which suggests that a download of wisdom and insight can be gleaned from the reactions that are triggered under this influence. 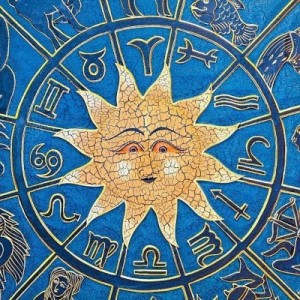 The first of the sign shifts takes place when Mars will move from fiery Aries into calm and placid Taurus on the 14th.  This will help to calm these more radical energies, and it will remain in Taurus until the end of March.  In Taurus Mars is less likely to react impulsively, but it also means it may be more difficult for us to make needed changes and potentially become stuck, especially if our own charts contain a great deal of Earth or fixed planets.  Still, the equanimity of Taurus will help us to come down from any disruption of the Mars/Uranus trigger.

On the 17th Venus (love and beauty) harmonizes with Neptune which makes this a beautiful day for relationships, creativity, spiritual inspiration.  However, Venus begins an alignment with heavy hitters Saturn and Pluto which will continue into the last week of February.  The next two weeks is a critical time for all kinds of partnerships as well as financial dealings:  Saturn demands that we honor commitments and resist falling into unrealistic ideals of love and possession and Pluto demands nothing less than surrender to our own soul’s evolution.  This sometimes requires the letting go of our ideas of love and what partnership means, and the stripping away of any false beliefs or actions.  In some cases Venus/Pluto combinations can reveal (but not cause!!) betrayal or the fact that a relationship is already dead.

Finally, we have Chiron re-entering the sign of Aries. Chiron first entered Aries in April of 2018, then retrograded back into Pisces in September. Because of Chiron’s elliptical orbit, it spends more time in Aries than in any other sign (and the second longest time in Pisces), evoking the mechanisms that will expose the wounds to our personal identity.  How well can we defend ourselves and our rights? Are we able to express our needs with confidence that they will be met? Do our own needs blind us to the needs and rights of others, making relationships difficult or impossible? Can we manifest what we desire and feel confident in our own life adventure?  These are all questions that will be a focus while Chiron is in Aries.  Read more about Chiron in Aries here.

Next week’s update will include details about the Virgo Full Moon on February 19th.  And watch for the video update coming up!