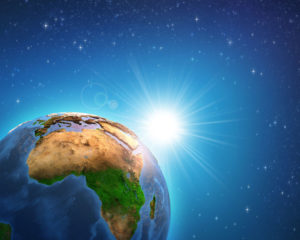 Prefer video?  Link is below.  This week we prepare for the first retrograde turn of Mercury for the year.  (If this is a new or forgotten concept for you please visit this article which will give you all the information you need.)   Mercury is associated with the mind and communication, and retrograde periods are important times for reflection and re-assessment and are not typically well-suited for  beginning something new.  They can sometimes be ideal for surgery to remove or repair, but it’s generally a good idea to avoid signing contracts during Mercury retrograde periods.

We also sometimes find communication and equipment glitches during Mercury retrograde times.  Mistaken appointment times, errors in calendar items, incorrect billing – these are all normal when Mercury is retrograde.  There is a brief “shadow period” before and after the actual retrograde (March 5th through 28th) during which the movement of Mercury slows down before changing direction during which we sometimes see the retrograde effects as well.

Mercury turns retrograde at the last degree of Pisces, stimulating the imagination and our yearning for an experience of soul.  For much of its retrograde passage Mercury will travel in tandem with Neptune, the modern ruler of Pisces which will enhance and amplify the magical and dreamy qualities but also potentially the more negative Neptune/Pisces qualities of confusion and illusion.  Mercury will also be influenced by Venus during the last part of the retrograde, assisting our creativity to blossom and unfold with great potency.

The 27th brings some positive solar energy and activation, but on the 28th, the last day of the month, you will want to make an extra effort to take care of yourself as on that day it is possible to keep going until you reach exhaustion.  A challenging aspect from Venus to Uranus on March 1st will begin to build on the 28th and this will likely reveal the need for an adjustment or change in the way we interact with the others in our lives.  This aspect is short-lived (just a day or two) but focuses on individual needs vs peace and harmony.

Uranus is at the very end of its passage through Aries and will be moving into Taurus on March 6th.  We’ll talk more about that in next week’s article, but meanwhile you can prepare here.  We will also have a very Neptunian New Moon in Pisces next week!  Plan for a few days of imagination and creativity between March 3rd and March 7th, but don’t expect to get a lot to get done with all of this Pisces/Neptune energy combined with Mercury retrograde.