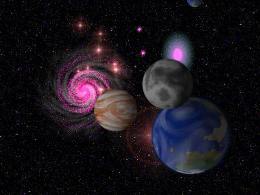 The big Cardinal alignment of the summer reaches another peak this week with Saturn already having moved into position and Mars and the Moon lining up as well.  (For more information about the meanings of these alignments catch up with this earlier article on the summer’s events.)

Yesterday’s Full Moon marked the final phase of the Saturn/Uranus cycle. You can read more about that cycle here and in many articles on my blog. Suffice it to say that this period, which has lasted for nearly two years, has been the source of a struggle between security and conventional thinking (Saturn) and new ideas and ways of living together as a society (Uranus) which will now come to a close.

This closing cycle of Saturn and Uranus is part of the Cardinal T-square that includes a square to Pluto, the great Transformer.  Jupiter is involved too, because it is still tightly conjunct Uranus.  The Jupiter/Uranus combination brings us in touch with a yearning for greater freedom and expansion in our lives, and this is blocked by Saturn’s determination that we confront that which is difficult but necessary.

Pluto’s involvement assures that something will be left behind.  What are we holding onto that holds us back?  With this powerful combination of planets at work there is an opportunity for total transformation at the personal level, but it may not come easily especially if our own chart is being directly affected.

Mars is at 29 degreew Virgo as I write this, within a whisper of a conjunction to Saturn in Libra at which point Mars will activate the other planets into action.  Mars is a fast-moving planet and its influence usually lasts for just a few days, but it acts to trigger other planetary dynamics into action.

The conjunction of Mars to Saturn can be very effective at focusing our attention and energy, but it can also suggest challenge and difficulty if we try to take too many steps in the wrong direction.  Mars opposing Jupiter and Uranus can be reckless and become frustrated with Saturn’s blockages, tempting us to break free before we’re ready to take that step.  And Mars in a square to Pluto takes us deep into areas of power and the lack of it, and suggests that conflicts with superiors could arise here.

The intensity of this alignment is likely to peak around the 31st of July, when the Moon enters Aries and sets off the other planets, adding an emotional component that makes it all deeply personal, perhaps even for just a day or two.  Mars, however, will remain in the picture throughout the first week of August so during this time it’s important that we remain very aware of where we are putting our energy.  This can be an exhilarating time where we become passionately involved in something, but any time we have Mars interacting with Jupiter and Uranus there is some danger for the flaring of tempers and potential for accidents caused by reckless behavior.

After this point the intensity of the planetary energy begins to subside other than the final square of Saturn to Pluto on August 21st.  This is a challenging aspect, but it’s the final phase of the cycle where it completes the work and moves on.