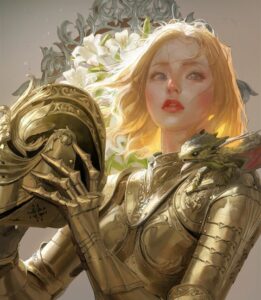 As I wrote in last week’s update, Mars entered Pisces on April 14th just before the Libra Full Moon on April 16th. That was a highly potent Full Moon, with the Sun and Moon both in a square aspect to powerful Pluto. Unfortunately it did not lead to a peaceful Easter weekend, with three mass shootings in the US, riots in Sweden and Jerusalem, and the bombing of the wonderful World Central Kitchen in Kharkiv Ukraine.

Astrology cannot prevent global disaster and war, but knowing where there might be land mines can help us in our own small ways to promote peace and healing. Mars will be in Pisces until May 24th, and when Mars is in Pisces all of that aggression tends to be driven into the underground of the psyche. In Pisces, the sign of the artist and the mystic, Mars can be compassionate and fueled by creativity and a yearning for spiritual connection. But the drive and motivation of Mars doesn’t do well when subsumed by the passivity of Pisces and it will take more effort and conscious intention to express and assert ourselves where necessary.

Repeating what I wrote last week, during this time Mars will conjoin Neptune and Jupiter, which may exacerbate the fuzziness of planetary energies. We can ameliorate this somewhat by enhancing our own physical energy through physical activity – always an excellent way to stimulate the chi and activate our intellectual energy as well as physical. But in the end we will just have to be patient and wait for the Piscean clouds to lift, utilizing this time for more peaceful and illuminating experiences described in the first paragraph above. The presence of Venus exalted in Pisces until May 2nd when she enters Aries will help us to focus on the higher path of divine love which will help to keep us out of the abyss of delusion.

Pluto turns retrograde on April 29 and has reached its stationary point before changing direction. When a planet appears to turn retrograde or direct again, it slows down to a crawl just as a car will do when making a U-turn. When a planet is stationary at a particular degree, its effect is quite potent – especially if your own chart is being affected by that planet.  Pluto is at 28 degrees Capricorn now and will turn direct in October at 26 degrees, so you can see that it will barely move for the next few months.  If you have planets in your own chart at these degrees you will be most personally affected, and of course the US Pluto Return is at these degrees. I think we can expect that the mid-term elections in the fall will be quite intense.

Meanwhile though, the laser beam of Plutonic intensity and revelation of Truth will be powerful for the next few months. It’s a good time to be as authentic, both to ourselves and others, as we can possibly be. ❤️

Here’s what else is happening this week: Dates and times are for the Eastern time zone, please adjust for your locality. 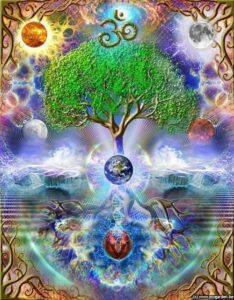 Monday April 18. Venus (relating) and Mercury (mind) are both activating Uranus (innovation and change) today, stimulating a need for something exciting and a break in the daily routine. The Sun reaches the exact challenging square to intense Pluto today, an aspect which was only suggested in the Full Moon chart, meaning that any challenge which may have arisen over the Full Moon weekend may come to fruition today. These aspects are fast moving and will dissipate by tomorrow, but there are three of them which makes this a day of potent energies. Staying centered and focused will help to keep us from going too off-kilter.

That will be somewhat difficult with the Moon in Scorpio most of the day. The Scorpio Moon encourages us to face the hard truths and live with complete honesty, and fortunately for much of the day the Moon gets along with all of the other planets which will help us to navigate any storm clouds. (Moon square Saturn 11:30 am, trine Neptune 12:39 pm, trine Jupiter 2:36 pm, sextile Pluto 7:54 pm.)

The Moon enters optimistic Sagittarius at 10:16 pm EDT which will be a nice lift after the intensity of the previous few days.

Tuesday April 19. Today there are a couple of fast moving lunar aspects that will barely be noticed. The Sagittarius Moon squares Mars in the wee hours of the morning EDT which may promote any irritability which is lurking below the surface, and then a harmonious trine from the Moon to Chiron will smooth out the rough edges around 8:30 pm.

The Sun enters Taurus at 10:24 pm EDT. Where the Moon activates feelings and emotions, the Sun turns our attention to matters of that sign. With the Sun in Taurus we are drawn to anything that provides comfort and security and keep us grounded to Earth.

Wednesday April 20. Over the next few days there are no planetary interactions, but the Moon is quite active today. The Sagittarius Moon encourages far-reaching thoughts and long-range goals and tends not to be too concerned with emotional dramas, but we may find that our own needs take precedence today in a way that isn’t too useful in our relationships. However, with the Moon activating both Jupiter and Neptune today we may want to use this burst of creative energy and spiritual wisdom for something beneficial. (Moon square Venus 12:33 am, opposite Ceres 7:41 am, sextile Saturn 1:18 pm, square Neptune 2:19 pm, square Jupiter 4:55 pm).

The Moon enters Capricorn at 11:52 pm EDT, shifting the vibe from happy expansion of Sagittarius to the focused concentration and serious attention of Capricorn.

Friday April 22. More supportive lunar energies today as the Capricorn Moon facilitates a practical approach to a burst of creative juices with the Moon activating Jupiter and Neptune and generally being a good team player. There may be a few hours of intensity just before midnight EDT when the Moon transits Pluto, but this can also encourage emotional clarity as Pluto forces the unsaid and unknown into consciousness. (Moon sextile Venus 6:42 am, trine Mercury 11:13 am, sextile Neptune 4:37 pm, sextile Jupiter 7:58 pm, conjunct Pluto 11:52 pm).

Saturday April 23. The Moon enters Aquarius at 2:17 am EDT, bringing a voice of reason into the emotional conversation. Aquarius doesn’t care for emotional mess and makes equal justice a priority. Around 8 am for a few hours a square from the Moon to the Sun could reveal tensions that exist between your conscious ideas (Sun) and the emotions behind them (Moon), or the emotions of others. Lunar aspects last for only a few hours and any tension will soon be resolved through the Aquarian deliberation and innovative ways of considering a problem.

Mercury (mind) aligns with the North Node of Fate today. Transits to the North Node don’t usually manifest as specific events, but there may be a turning point of some kind, even if it is just tiny, that acts as a small course correction. Perhaps a decision, or a message you hear on the radio. It’s useful to pay attention to these things on a day like this.

Sunday April 24th. Mercury is busy today, so communication and the processing of information will be highlighted.  A square from Mercury to Saturn that peaks in the morning could bring some negative thinking or at the very least cause us to pause and carefully consider a question which normally we might just breeze through. Later in the day Mercury harmonizes with Neptune to ease the way and help forge a greater spiritual connection to help us listen to the inner intuitive voice.

Meanwhile the Aquarius Moon is also quite busy, but the aspects of Mercury will take center stage and the lunar energies will take a back seat. Watch for potential sadness in the early evening EDT under a conjunction to Saturn which may extend the range of that Mercury/Saturn aspect earlier in the day.

Monday April 25. The Moon will enter Pisces at 6:14 am EDT and we will have another post that day, but it looks like the first few days of next week should be relatively mild from an astrological point of view.