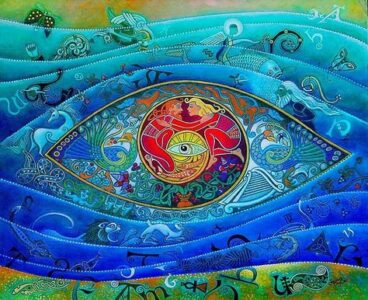 Lack of the air element. Currently there is an astrological imbalance in the skies with a lack of planets in air signs. The only planet in air is Saturn in Aquarius, and Saturn shows where there is a detriment that needs to be worked on. Air is the element of objectivity and clarity, and without the influence of the air element we can become hyper-energized without any real purpose (fire), stuck in patterns and overly rooted in the past (earth), and lost in feelings without perspective (water).

Leo New Moon. I mention this because the Leo New Moon on July 28th will offer a surge of purifying fire, perhaps with a cascade of enthusiasm that will be amplified by the conjunction of Mars to Uranus. But without the vision of air, we may find ourselves spinning our wheels with no apparent purpose. This week it might be useful to have a plan.

This Leo New Moon is loosely tied into a beautiful trine to Jupiter, currently in Aries where we seek adventure and the courage to conquer all of our fears and blaze a new path. It also conjoins Ceres, the planet that nourishes our very relationship between body and soul, infusing us, potentially, with a new way to really love ourselves. Leo has a big heart and is generous of spirit, it is ruled by the Sun and helps to feed a positive image of Self.  This is a wonderful time to look at ourselves with kinder eyes, to appreciate our skills and talents and save the criticism for another time.

Jupiter turns retrograde on the 28th. We are fully in retrograde season now with Jupiter turning retrograde making a total of five planets retrograde including Chiron. Retrograde seasons are important as they offer a chance to take a breath and re-assess the direction in which we are heading. Jupiter retrograde asks that we look back over our lives and see where we were actually very fortunate, even though we didn’t realize it at the time.

Here’s what else you need to know this week (dates and times are for the Eastern time zone, please adjust for your locality.) 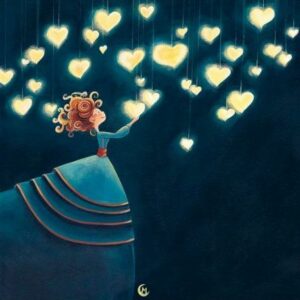 Monday July 25. We begin the week with the Moon in Gemini providing a bit of that airy detachment, but just until around 2 pm when the Moon makes the shift into emotional Cancer. The next few days are filtered through the lens of feelings and the mood of the moment under Moon-ruled Cancer. Under the Cancer Moon we are meant to learn to listen to the voice of emotion and be guided by intuition, but that detachment is lacking.

Monday we are coming off of a Venus/Jupiter square which is relatively benign but with Venus in Cancer we may find it difficult to avoid becoming overcommitted. This will last only a day or so.

Tuesday July 26. Mercury in Leo can be a little too sure of what we think and say, and today in a challenging square to Mars this could lead to some arguments. Mars is in Taurus and both Taurus and Leo are fixed signs that do not easily adapt or give way, so any arguments will tend to become stuck with everyone wanting to be right. Maybe wait until Wednesday to have any difficult conversations, especially since the Moon is in Cancer where everyone is pretty emotional.

Wednesday July 27. Any ruffled feathers will smooth out today under a harmonious trine from Mercury to the healing wisdom of Chiron.  The Cancer Moon is active but mostly benign (there is a square from the Moon to Eris but I am not convinced that aspects to Eris have a personal effect.)

Thursday July 28. The Moon enters Leo at 2:35 am where it immediately conjoins Ceres and approaches the exact New Moon at 1:55 pm. The effect of the New Moon to wipe the slate clean and begin a new cycle of self-understanding. Mercury squares Uranus that day, stirring up ideas and inspiration and activating some excitement over a new project. Under the Leo Moon we need to feed the Self, and Mercury could provide the creative impulse to make that happen.

Friday July 29. The energies of the New Moon become integrated today, with only lunar aspects to direct us. The Leo Moon begins to translate that Mars/Uranus conjunction which is tightening to culminate on Monday. This means that the Moon will square first Mars around 11:30 am and then Uranus around 4 pm to heighten the dramatic intensity of this conjunction. This is an extremely fiery time and physical activity will help to release excess energy that could generate some mental or energetic instability.

Often when we feel agitated our first impulse is to find stillness, through meditation or some other such means. But under a strong fiery influence physical activity that raises the heart rate can be more effective. That is true on Friday and the rest of the weekend.

Saturday July 30. The Moon enters Virgo at 2:10 pm today (EDT) which will help to settle down some of the fire, but the Mars/Uranus conjunction is still intensifying. We also have two fast moving transits that are building to culminate on Sunday: A stressful opposition from Mercury (in Leo) to Saturn which may bring up some negative thoughts or a sense of futility, especially when combined with a Venus/Chiron square which could activate an old wound involving our connections with others.

Sunday July 31. These aspects will culminate in the morning, and meanwhile a marvelous trine from the joyful Leo Sun to expansive Jupiter will clear any clouds and generate positive vibrations to carry us through the rest of the day.

Heads up for Monday. The conjunction from Mars to Uranus peaks on Monday, and I recommend that you read this post to help you to prepare! ❤️