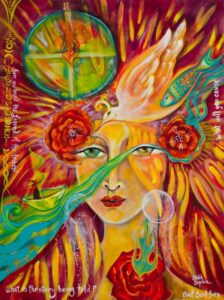 Mars in Aries. The instinct for self-preservation is a critical one for the survival of a human individual the role of Mars is to preserve the Self and to gratify desire.  Mars is particularly strong when in the sign of Aries, and Mars will enter Aries on Tuesday May 24.  While in Aries, Mars is at its most potent and the aggressive force is permitted full expression, unhampered by the niceties of signs like Libra or Pisces, by practical considerations such as Capricorn and Taurus would exercise, or by reason and intellectual processing such as Gemini and Aquarius would instigate.  It is pure, unadulterated need and drive.

When this basic force of need is thwarted, frustration is the result.  A certain amount of frustration leads to anger, and chronic anger leads to chronic rage and health problems.  The idea that Mars is a malefic planet that brings no good is a feature of traditional forms of astrology in which the outcome of human life is considered to be fated. It’s certainly true that when Mars is positioned opposite a difficult planet like Pluto, it can bring misfortune to the native especially in early life. We often see some kind of abuse or oppression under these circumstances. Actress Samantha Morton, for example, has Mars in Aries opposite Pluto in Libra and she has talked about the abuse she experienced while in foster care and her life has not been easy. But the personal empowerment experience after mastering the challenges that a Mars/Pluto combination can bring can also bring great success and deep feelings of satisfaction.

At any rate, a healthy Mars is, in my view, very important for the human ecosystem to function properly and nowhere is it as healthy as it is in its own sign of Aries. That doesn’t mean Mars is easy in Aries – it can be strident, obnoxious, and determined to get its way. If you have had trouble motivating yourself recently, this infusion of pure raw energy can help you.  There will be more action and less talk – and the talk that does occur will be more frank and more blunt.  Under Mars in Aries (until July 5) there is less care to avoid hurting feelings and more of an urgency to get on with things.

Mars conjunct Jupiter.  That will be especially true this week when Mars enlists Jupiter as an ally in the need to make things happen. Jupiter has just entered Aries, and the power of fire is pretty strong right now. The power of Mars will begin when the Moon conjoins Mars at the 29th degree of Pisces at around 5:30 pm on the 24th. Pisces is a pretty placid sign, so the jolt of Mars can feel like a double shot of espresso on a calm morning. The Moon moves into Aries a few minutes after that which will set the stage for Mars entering Aries at 7:17 pm EDT and beginning the approach to the Mars/Jupiter conjunction.

The conjunction of Mars to Jupiter that will culminate on May 29th is not the best alignment for world peace. Aries is a self-oriented sign that is not interested in compromise, and Jupiter traveling through Aries may inflame situations and make peace talks more difficult. Jupiter and Mars will form a challenging square to Ceres, planet of nurture and care which means that on a personal level we will need to make a particularly strong effort to take care of ourselves and nurture our body, mind, spirit balance. With Mercury still retrograde, misunderstandings are possible especially since Mercury will be slowly moving towards a square to Neptune that will culminate near the Gemini New Moon. Neptune encourages us to take a more transcendent viewpoint but this is not always compatible with the processing of information, so things can get a bit confused.

Gemini New Moon. The New Moon in Gemini may help to clear up some of this fog – under the influence of Gemini we are open to many ideas and possibilities. Where Jupiter in Aries, especially in tandem with Mars, can be self-righteous and unyielding in a belief that MIGHT means we are RIGHT, the New Moon in Gemini offers an opportunity to see a situation from a new perspective and an open mind. There is an opportunity for a new beginning – a new slate in which many exciting possibilities are revealed. The New Moon harmonizes in a sextile to Mars and Jupiter and brings out the best in the power of action to effect change, so if we can get through the challenges of the week this New Moon on May 30th will be a lovely start to next week.

Prescription. To get the most out of these complex energies of the Aries Moon, Mars and Jupiter, we must determine what it is that we need and how we can best communicate these needs to others and express them clearly to ourselves and the people around us. In an ideal world our needs and desires do not conflict with the needs and desires of others and everyone gets what they want, but that isn’t always possible! But communication and compromise IS possible, and that is where the Gemini New Moon will act as the solution to any challenges that come up this week. ❤️