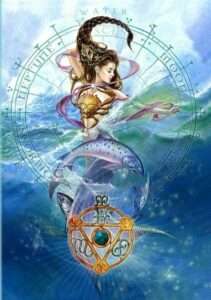 Neptune stations retrograde.  The role of Neptune is to inspire the transcendence of ordinary life and ascension into a more illuminated experience of creative inspiration. Under its influence Spirit blossoms into the material world. Neptune is associated with experiences that bring spiritual bliss, but idealism and imagination can also bring confusion and self-deception if we’re not aware. Neptune’s role in the astrological pantheon, in my opinion, is to encourage us to seek out experiences which teach us that we are spiritual beings in a human experience.

I’ve been watching the news to see if that pattern will continue, and so far it is only the Omicron variant that itself is mutating into lots of different subvariants. That could suggest that the Covid-19 virus itself is weakening, which would be very good news. Hopefully that will continue.

In any event, Neptune is a slow moving planet, and when it makes a “station” before changing direction it can remain at the same degree for a long time (Neptune has not moved more than a degree in the past three months) which makes it especially potent for anyone with planets between 20 and 29 degrees of the mutable signs (Pisces, Sagittarius, Virgo, Gemini) who are being affected by a Neptune transit right now.

Cancer New Moon. The New Moon occurs on Tuesday June 28 at 10:52 pm EDT.  A New Moon in Cancer is the perfect time to delve deep into our feelings and see what they are trying to teach us – the sign Cancer is ruled by the Moon, so this is a double whammy of emotional content. Cancer is the sign of the family and nurturing those we love, but it also extends to our ancestors, our tribal affiliations, the inheritance of our clan.  Many of us have chosen our own clan and have created new family linkages, and these are extremely important to the development of humanity.  The more aware we become, and as our wisdom becomes deeper and broader, the more we need to share it with others rather than stay comfortably protected in a womb of safety.

This New Moon chart includes a strong square aspect to Jupiter in fiery Aries, heightening the impulses of need and desire which need to be balanced against the Cancerian need to fit into the tribal unit. A conjunction from the Black Moon Lilith (primal rage against oppression) to the New Moon could be interesting, especially in light of the recent Supreme Court decisions. In addition, Mars in its own sign of Aries conjoins the new planet Eris which points to a certain amount of disruption. While Venus (relating) is in an awkward aspect to the New Moon and relationships could be challenged by a lack of easy communication, a harmonious aspect from Jupiter to Venus will help to grace all of our interactions with a sense of bountiful support. 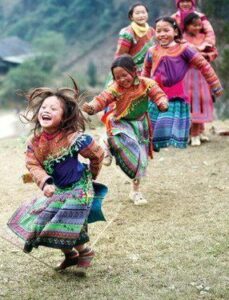 Every New Moon is the beginning of a new phase of experience and an opportunity to create new intentions. Under this Cancer New Moon the question is how to strengthen our own resolve and occupy our own space more authentically (Mars and Jupiter in Aries) while still finding the comfort of integrating into our families and communities. For many of us the very word “family” is super-charged so I prefer to think of this as the tribe. Who are my people, and how can I integrate into this tribe while retaining my own individuality – that is the question posed by this New Moon.

Mars square Pluto.  I like to think of Pluto as a higher octave planet to Mars. Mars represents our individual Will, and I think of Pluto as the Will of the Higher Self. Mars is desire, and Pluto points the way to personal evolution and ultimate empowerment. But Mars is by its nature very willful, especially when traveling through Aries which it rules. It does not easily submit to a fate which does not support our personal desires.  Challenging aspects between Mars and Pluto can result in power struggles and there is a danger of violence if those power struggles escalate.  The exact square from Mars in Aries to Pluto occurs late in the evening EDT on July 1 but will be in effect for much of the week.

Under the influence of the Cancerian New Moon everyone’s emotions are heightened. Cancer is highly emotional and brings out the feelings that can sometimes be ignored, and the strong Mars influence can turn emotions into anger pretty quickly. (It’s useful to note that underneath rage we often find deep sadness.)  This would not be the best week to engage in difficult conversations that could easily trigger a firecracker of emotion with no easy remedy, although that nice aspect from Venus to Jupiter described above will help to soften most of our interactions.

I know this sounds challenging, but these powerful planetary dynamics can enrich our human experience and bring deep wisdom. The New Moon in Cancer especially can awaken a new level of emotional intelligence and begin a new cycle of emotional freedom. ❤️