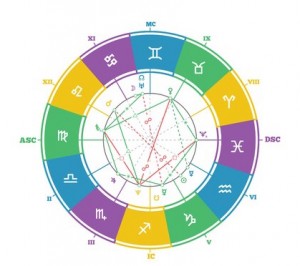 Looking for a listing of all planetary events for 2017?  You will find it here.

The magic of astrology operates on a variety of different levels – at the microcosmic levels the movement of the planets affect our daily lives and define the trends that mark our passage through time.  Those periods where we feel like everything is difficult?  A Saturn cycle.  The times when everything falls out of our grasp and we are forced to start anew whether we like it or not?  Blame it on Pluto.

We are also affected on a global level, especially by the dance of the slower moving outer planets.  The passage of Pluto into Capricorn in 2008 marked a contraction in global thinking and economies, and the entrance of Uranus into Aries in 2010 sent a fever of revolutionary fervor around the world.  The conflict between Pluto and Uranus between 2010 and 2017 has overseen political crises at a level not seen since the last Pluto/Uranus dance in the 1960s.  Read more about this cycle here and here.

The Pluto/Uranus cycle breaks down the established order of things, especially when there is weakness in the structures on which society depends.  Planetary cycles don’t simply destroy for the fun of it: they tend to reveal areas of our lives where things are not working as well as they should be.  Attention is required during these times so that we can determine how best to utilize these energies of great change.

Uranus and Pluto are no longer in an exact aspect, but Jupiter is interacting with each of them and acting as an intermediary to trigger the incendiary energy to activate more change.  This dance will continue into September of 2017, so the recalibration both in our personal lives and in the world at large is likely to continue.

The other potentially difficult planetary cycle began at the end of 2016: a challenging square between Saturn (limitations and stress) to Chiron (wounding and healing).  On a personal level, this cycle operates at the mindbody and spirit level to promote the healing of old wounds and improved health in all the dimensions of our being.

On a more global level, this heightened emotional sensitivity is likely to have an effect on global political situations as well and as long as Uranus and Pluto are connected in their dance through Jupiter, this will remain a somewhat incendiary time.

Fortunately, there is a lovely harmonious planetary cycle between Saturn (discipline and focus) and Uranus (innovation and radical change) which could help to facilitate the changes and new patterns that are necessary in order to recreate our world in the new ways that are required for the future.  Under this aspect the structures that we build under Saturn are energized by the ingenuity of Uranus.  This aspect tends to make the idea of change seem more exciting than frightening as we look towards the future with new eyes.

Venus does retrograde this year between March 6th and April 15th.  Retrogrades occur when our view of planetary motion causes the planets to appear to move backwards in the sky, and these retrograde cycles intensify the influence of the planets.  Retrogrades are opportunities to look back and reflect, but they are not the best times for initiation. The outer planets are retrograde for half the year and Mercury retrogrades four times a year, but Venus only retrogrades every couple of years.  The retrograde Venus cycle is not a good time to begin new relationships, but IS an excellent time for healing and transforming relationships, both current and past.

Heads up: Mercury retrogrades in 2017

Mercury retrograde cycles can make life more challenging with communication snafus and equipment breakdowns, but they are excellent for re-organizing, re-decorating, re-flection.  Here are the Mercury retrograde periods for 2017:

To receive my free monthly report on the details of these planetary cycles, sign up below.