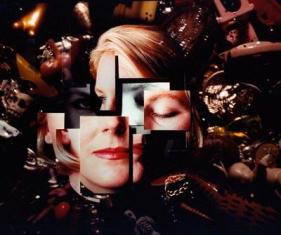 Here is an interesting African study from 1997 that correlated astrological data to schizophrenia.  The findings are particularly interesting in light of the recent shootings in Arizona by Jared Loughner who is now widely believed to be schizophrenic.

Some astrological hypotheses related to predisposition to severe mental illness were tested by analysing the zodiacal signs, the interactions between planetary qualities (aspects), and the occurrence of full and new moon dates, on the dates of birth of 221 schizophrenics, compared with 112 normal subjects. The sun signs of the schizophrenics were significantly more likely to be in the signs associated with introversion, while those of the control population were significantly more likely to be in the outgoing signs. A significantly higher proportion of schizophrenics had their Mars (i.e., symbol of aggressiveness) in the outgoing signs than the normal population. A significantly higher proportion of control subjects fulfilled operational criteria for adequacy of number of aspects between the sun and the other planets.

The tendency for a higher proportion of schizophrenics to have “difficult” aspects just failed to reach significance. A significantly higher proportion of control subjects had aspects between the sun and mars; and also a significantly higher proportion of control subjects had “soft” (helpful) aspects between the sun and mars. These findings are in keeping with the well-known oddity of schizophrenia (schiz = split; phren = mind); such that, a group which collectively is characterised by an “introverted” self (i.e. sun sign), has a coexisting aggressive tendency (i.e. strong mars) and poor integration between the elements of the psyche and the self (i.e. inadequacy of aspects between Sun and other planets). However, the findings give only partial support to key astrological postulates because there was a non-significant trend for more schizophrenics to be born in “water” signs and on full moon dates.

Mars is one of the most important factors in the birthchart in my opinion.  The instinct of desire and aggression plays a powerful role in nearly every aspect of our life, and what I found so interesting in this study is that the control (non-schizophrenic) subjects had a better integration of the Sun (Self) to Mars than the schizophrenic population.

In this study, the schizophrenics had a predominance of introverted Suns (likely the water and earth signs) and outgoing Mars signs (likely air and fire).  The astrological Mars represents the will to individuate – to separate oneself from the clan or the expectation of others.  There is also a quality of aggression and competition with Mars, particularly in the “outgoing” signs.  So this study showed a correlation between those individuals whose basic nature (Sun sign) tended to be quiet and turned inward, and whose aggressive instincts (Mars) were perhaps driven underground because of the conflict with the Sun.

There would need to be an examination of other factors in the chart, and that is why this kind of “scientific” study doesn’t work so well for astrology.  There are a nearly infinite number of permutations in the chart to consider.  How many planets were retrograde? What support did the Sun get from other planets? How was Mars positioned in the chart?  What information did the angles (ascendant and midheaven) add to the picture?

Most of us have some kind of conflict in our birthcharts between two personality dynamics that don’t get along, and until we can integrate them consciously they may  cause us problems.  Obviously, very few people split to the point where they become schizophrenic, but this is exactly the dynamic that we see in the chart of Jared Loughner, the young man in Arizona who shot 17 people, six of whom were killed.  (Follow the link for more details about his chart.)

Loughner had both the Sun and Moon in Virgo, which is one of the “introverted” signs, and his Mars was in its own sign of Aries, which is about as “outgoing” as Mars could get.  So Loughner fits the profile of this scientific study.  But the astrology fills out the story – Neptune and Chiron both are in a challenging aspect to Mars, creating confusion and weakening his will (Neptune) and wounding his ability to assert himself (Chiron).  So his Mars was intense and powerful in Aries, but it was thwarted by a number of different astrological factors.

There is no way to look at a chart and predict that someone will end up a schizophrenic or a serial killer.  Perhaps it is truly just biology – I prefer to think that there is an overarching spiritual evolution that governs all of our experiences.  But in any case, astrology does help us to understand the underlying motivations that create our behavior.

If Jared Loughner’s parents had come to me for a reading, I would have explained to them that their son had a tremendous amount of energy with that Aries Mars that needed an outlet of some kind.  News reports indicate that Loughner’s father was an extremely angry man and likely squashed (Chiron and Neptune) Loughner’s will (Mars).  If Loughners’ Mars had had an appropriate outlet such as Taekwondo or soccer, would his delusions have taken over?  We will never know, and thus is the mystery of human behavior.

For more on schizophrenia you may find this earlier article interesting.