Astrology in my world: the Black Moon Lilith

Astrology in my world: the Black Moon Lilith

Maybe it’s because I am heading into the vortex of my second Saturn return (three degrees away it already is a doozy!), or maybe it’s because my progressed Mercury is getting ready to turn direct after being retrograde for many years.  In any case, I have been expanding my astrological repertoire, something I haven’t done since… well, really – ever.

When I started working with charts in the early 1980s Chiron was already on the scene and he hopped right into my charts and started speaking quite loudly.  But despite the fact that I was studying goddess archetypes at the time, the other asteroids didn’t talk to me and in fact seemed to clutter the chart, making it more difficult for me to read the essence of what the chart had to say. 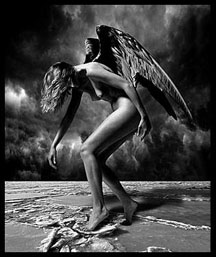 Last spring I stumbled on Dawn Bodrogi’s website which is a wealth of information for the intermediate and advanced astrologer.  I have been working with her on advanced progression techniques and since she works with all of the asteroids PLUS the Vertex and Black Moon Lilith, I am slowly but surely getting more comfortable with adding all of these points back into the chart.  I am particularly fascinated with the Black Moon Lilith since that point conjoins Pluto and the south node in my chart and explains some traumatic events I experienced as a child and horrific memories that seep in from previous lifetimes.  Here is Dawn’s article about the Black Moon Lilith.

From what I have gathered so far, and I am embarking on a study project on the Black Moon, that this point relates to a primal rage and terror and power that exists in its raw form, unlike the Pluto archetype which takes those primal emotions and uses an alchemical process to achieve transformation and enlightenment. In the Judeo-Christian pantheon, Lilith was Adam’s first wife who was exiled because of her desire to be considered equal to him.  In later forms she became a witch or succubus and a symbol of female power that was feared by men.  Some stories say that when she left the Garden of Eden Jehovah sent angels to bring her back and when she refused the angels began killing her children. No wonder she’s angry!

Astrocartography is another field of study that I have intended to pursue for many years but have not made time to do so.  Last weekend I was at the Body, Mind Spirit Expo in Raleigh and had an astrocartography reading by astrologer Darrell Steen.  Darrell told me, “This is a very bad place for you – you are living on a Pluto line.”  I found this very interesting because the moment I arrived in Chapel Hill I felt I was home, and I’ve lived here for 32 years!

Think about it though – if Pluto is prominent in your chart, and you came with Pluto work to do (as I did with Mercury in Scorpio, Venus in Scorpio square to Pluto, Pluto conjunct the Moon and as I just discovered the Black Moon Lilith conjunct Pluto), what better place to live than on a Pluto line where you are forced to face the Plutonic experiences that strip you to your essence to transform you?

Any Saturn requires some hard work and focus, and my upcoming Saturn return is just a “one hit” transit, meaning Saturn will return to my Saturn just once and move on without retrograding back over it.  But since Saturn is square Uranus in my chart, and Uranus requires new ideas and a radical departure from established habits, I plan to honor Saturn with some serious study in new astrological techniques and ideas.  An adventure for me, and hopefully for you too!