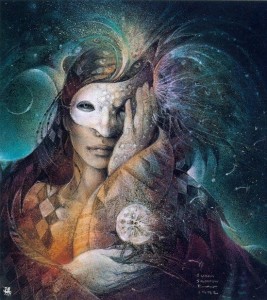 As I’ve been writing in this blog, I am in the middle of my second Saturn Return (also see this article if interested).  The Saturn Return is one of the major astrological life cycles in which we are brought face to face with the realities (Saturn) of our lives.  During the first Saturn Return at age 28-30 we have to face the fact that we are no longer freewheeling youths and we have to face up to the responsibilities of adulthood.  The second Saturn Return at age 56-59 requires us to face the fact that we are moving into what they used to call “old age.”  Now we call it the “Third Age” which better reflects the realities of being 60 in the twenty-first century. In any case, the Saturn Return is a slog through hard work and difficult responsibilities.  It can be an incredibly productive and successful time, and it can also be fraught with challenges.  Often these two occur at the same time.  My second Saturn Return has brought professional success in a number of different arenas, but also some major difficulties: the deteriorating health of my elderly mother, the demise and resurrection of this  blog, a 6 week-long battle with Lenovo over a laptop that never worked right, and too many more to list here. If you’ve been reading this blog for awhile you may know that I am a person who likes to have a lot of irons in different fires.  I have a busy professional astrological practice.  I own a real estate company.  I play four five different instruments (none very well) and also try to maintain a spiritual practice.  For years I have done this with only occasionally melting down and needing a long break. Recently though I have had a few experiences of extreme fatigue and adrenal exhaustion – the kind where you just can’t do another thing, talk to another person, or have another thought.  This is why you haven’t been reading many updates here even though for the past six years I have posted nearly every day.  I attributed this to the Saturn Return, although Saturn is still a couple of degrees away from Saturn in my chart.  But recently I realized that transiting Uranus was exactly square my Chiron the week when the adrenal fatigue hit, and Uranus and Pluto are currently facing off in an aspect aspect to Chiron in my chart. Uranus rules electricity and the nervous system, and Chiron deals with our own internal energetic balance that governs our health.  This is rather a specialty of mine so you would think I would have noticed that this transit was coming in my own chart. Being a person with Saturn (hard work and discipline) conjunct my Sun (Self), and in the middle of my Saturn Return, I tackled this the way any good Saturn person would: with more work.  So I have been consulting a health coach, scheduling (Saturn) more yoga and meditation into my life, and trying (made difficult by my extremely self-indulgent opposition from Venus to Jupiter in Venus-ruled Taurus, a “double whammy” if ever there was one) to avoid sugar (ruled by Venus). With Uranus now a full degree past my Chiron I am feeling much better, and all of this Gemini energy (including the New Moon this week!) is fueling my curiosity and desire to learn and communicate so you will be hearing more from me.  In another month or so transiting Pluto will make another exact swap at my Chiron where it tends to become a psychic surgeon, delving deep into the psyche to extricate and excise old wounds and attachments that no longer serve the person I am becoming.  This can be a challenging time, but it has also been a time of healing old hurts and releasing the past. During this period I have been having visitations from vultures. This website calls vultures the Golden Purifier.

The vulture is a very powerful totem. Its cycle of power is year-round. If you have a Vulture as a spirit guide or totem, it can show you how to use energy powerfully and efficiently.  It glides effortlessly on the winds, soaring to extraordinary heights while using little or no energy.  The Vulture skillfully employs already existing air currents against the pull of gravity, symbolizing the distribution of energy so that gravity (or cares) do not weigh it (you) down.  In the process the vulture does not use its own energy, but the energies of the Earth instead, the energies of the Earth — or the Natural Order of Things.

Yes, life would be easier if we didn’t have to face these intensely challenging periods, but I wouldn’t trade them for anything.  It is these periods of shamanic intensity and transformation that force us to find the strength and power that lies dormant within us, freeing ourselves from the blockages that prevent us from evolving and growing into true peace and joy.