Astrology in my world: Pluto transit to Chiron

Astrology in my world: Pluto transit to Chiron 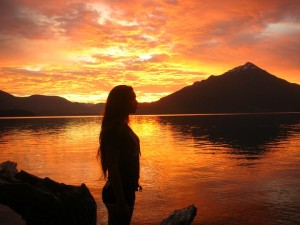 Early in my career as an astrologer, each day I carefully studied all of the bumps that the planets and luminaries (Sun and Moon) would make to my chart. After a lifetime of emotional disarray, it gave me tremendous comfort to see how when the Moon made a 90 degree angle to Saturn in my chart I felt depressed for a few hours. I could predict by watching the movement of Mars in relation to my chart when I would blow up at a friend or colleague. I was almost obsessive in my correlating the planetary cycles with my behavior.

Understanding these relationships between the movement of the planets and our personal experience helps us to ride through periods of distress in a way that I don’t think is possible without that knowledge.  I have clients come to me in a terrible depression or some other kind of psychic distress, and when we are able to identify the planet that is at work in that client’s chart we can identify not only the nature of the distress this person is experiencing, but also the timing of the difficulty and when it will begin to lift.

“So I’m NOT crazy,” the client will say.  It’s only Chiron.  Or one of the other Big Guys: Saturn, Uranus, Neptune, Pluto.

When I was younger I feared the intensity of my emotions and worried that if I let them, they would completely take over my psyche.  Over the years I have learned that emotions are simply energy, and that if a planetary cycle brings about emotional distress there is something to be learned and observed.  If we run from those feelings or try to block them, exterior situations such as relationship problems or physical illness can manifest in the outer world.

Pluto transits are nearly always intense.  Pluto’s job is to strip away any veneer of BS and reveal the ultimate Truth that lies at the core of our lives, and this is not always a comfortable process.  When Pluto in the sky makes angles to the planets in our chart we are forced to face patterns of behavior that don’t serve us – we are often confronted with issues from our past that need to be released.

Pluto is at a virtual standstill, having just turned retrograde (just like a car making a U-turn, when a planet prepares to change its apparent direction from our viewpoint its motion slows down to a crawl and its influence is at its most intense during this “stationary” period).  Pluto is making its U-turn at the exact degree of  Chiron on my chart.

Chiron is our sore spot – our wounded place.  Chiron’s sign in our chart reveals something about this core wound, as does the house Chiron falls in and any planets that aspect Chiron in our chart.  When a planet hits our Chiron by transit, any unhealed wounds that are ready to be processed and released are activated.  This feels painful and the temptation is to run away from it and avoid those feelings, but if we can instead remain calm and present in the face of these intense feelings and allow them to make themselves known, we can facilitate real emotional healing.

This is a very different process than using meditation or other tools to try to control our emotions.  This is generally not effective since the feelings that are stored in the psyche and the body/mind/spirit system tend to remain there until they are fully processed and digested.

I saw this coming, of course, and marked my calendar that from mid-March to mid-May I would be having this Big Transit that could make my life difficult.  I planned a light work schedule and did not schedule any vacations.  I have to say, the transit (at its peak right now) is not as difficult as I had imagined it would be but I am having to take a lot of my own medicine.  Pluto is like a Roto-Rooter going right into the core of my wounds – rather like a root canal into the raw nerve of the psyche.

Still, I am eager for the opportunities for healing that this transit offers.  I have done a great deal of healing work over my lifetime, but there are still raw wounds remaining in my psyche and in my heart and over the past couple of months I have definitely been made aware of them.  I have had to open up my heart to the raw anguish that seems to reside in the core of my heart and listen to its cry of pain.  But through it all I am feeling ultimately more balanced and courageous as I venture into the depths of the wound.

The trickiest part of the transit so far was earlier this week when transiting Mars brought its aggressive energy into the mix, squaring Pluto in the sky so that the whole Mars/Pluto battle was brought into the healing room of my transit.  Mars and Pluto both deal with fear on some level – they are both primal forces of fear, aggression and self-protection.

Fortunately I was able to identify the transit and warn my husband that it was coming, so that when I appeared like a crazy person to him I could say “this is the Mars/Pluto square hitting my Chiron” and know myself that no, I wasn’t going crazy.  It’s just a planetary cycle.

For me, this is one of the greatest gifts of astrology.