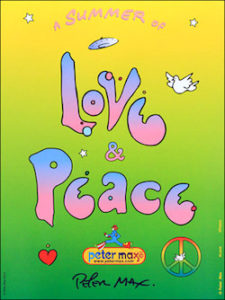 While the first exact conjunction of Uranus and Pluto didn’t occur until October of 1964, the two planets began to align in 1963 and beginning in the early 1960s one could hear the whispers of revolution all over the world.  In 1961 Timothy Leary took his first LSD trip and began researching the effects of psychedelics on mental health.  By 1965 the revolution was in full swing, with the assassination of Malcom X, the Watts riots, the formation of the Grateful Dead and Jefferson Airplane and so many other great bands, and with them the emergence of the “hippie” archetype. After the San Francisco Examiner wrote an expose of the migration of young Americans to its city, the swarms of youth increased and by 1967 the Human Be-In in San Francisco brought about all kinds of incredible happenings the likes of which no one had ever seen before.

Much of this was fueled by the rise of psychedelics thanks to the harmonious sextile from Neptune to the revolutionary duo Uranus and Pluto. Neptune rules the expansion of consciousness, and this consciousness expansion was the theme during much of the 1960s.  Consciousness raising was a buzzword that spread from the Black Panthers to the housewives rebelling against the doldrums of their daily life.  While Neptune was and will be sextile Pluto between 1948 and 2032, it was in 1966 that Neptune formed that harmonious sextile to Uranus, stimulating the desire to find new ways (Uranus) to find the divine through spirituality, drugs and art (Neptune).

The Summer of Love was a powerful time for those who lived through it.  But change is frightening and difficult, and the openness of that summer could not last forever.  Light soon turned to darkness as human society began to struggle to come to grips with a changing world, and the world has never been the same since.