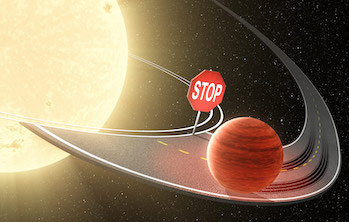 Image from Nasa, by Tim Pyle

The planetary influences this week should have a calming influence to soothe jangled nerves.  Last week’s Aries New Moon helped to kickstart new beginnings, and Pluto bumped up against the South Node of the past to trigger an old pattern to emerge in order to be resolved.

This week we have an alignment of Venus with Neptune, opening the heart to a higher dimension of love.  I think of Neptune as the “higher octave” of Venus – where Venus is a personal planet with the gift of love, attraction and a sense for beauty and aesthetics, Neptune is a transformational planet that inspires the heart to open for a more universal compassion and awareness.  Venus also harmonizes with stable Saturn on the 12th, and with Pluto on the 14th.  This will be a harmonious week for our relationships with others, but also for our own integration of affection into our own hearts.

We often think of relationships as being external to ourselves, but in some ways our relationships are simply a mirror of how we feel about ourselves.  The Venus placement in the natal chart describes, among other things, how we relate to others but also our own values and the way in which we view our ability to attract, not only partners but also success and abundance in life.  Venus in transit as it moves through the sky helps us to learn more about softening the hard edges so that we can be more open to the force of attraction that comes from within.  It moves quickly and its influence is fleeting, so we must be aware and respond quickly!

Jupiter turns retrograde at some point each year, and this year it will be in retrograde motion between April 10th and August 11th.  Jupiter is in its own sign of Sagittarius where it is fully empowered to expand and create abundant opportunity.  However, when Jupiter is powerful, it can sometimes encourage us to become complacent and we can lose that watchful eye which keeps us practical and grounded.

Jupiter urges us to consider expanding beyond what we normally think is possible. It drives us to formalize our sense of meaning in life into belief systems (hence its rulership over theology and ideologies in general), and in Sagittarius it encourages us to pursue possibilities which seem limitless. While retrograde, though, the influence of Jupiter slows down so that we can consider these possibilities more carefully. The tendency of Jupiter towards recklessness is checked as we look backwards to see what mistakes have been made.

The motion of planets ebb and flow like the ocean, helping us to see and understand the rhythms of life.