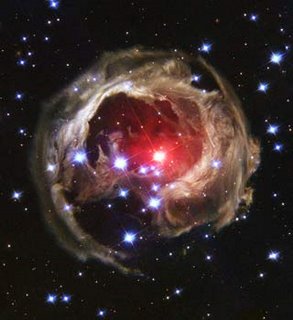 Mercury will turn retrograde later this month (October 28) and in doing so it will enter into a dance with Jupiter and Saturn as they face off one final time, and all at the time of the New Moon in Libra. The “shadow period” of Mercury retrograde is said to begin about two weeks ahead of the actual event, as Mercury slows its motion in preparation for the change of direction. This is similar to a car which, when preparing to make a U-turn, must come to a near complete stop. This is also called a “station” and can be as powerful as the retrograde event itself.

Venus, the Sun and Mars are in pretty tight formation now in Libra, and the New Moon on October 22 will take place in the midst of this Libra party. At that time Mercury will conjunct Jupiter as it approaches its final square to Saturn, and the confidence of Jupiter will rub off on our thinking and plans (Mercury), defying the negativity of Saturn. The positive energy of the new beginning at the New Moon combined with the buoyancy of the Mercury/Jupiter combination is likely to overcome the doubt of Mercury’s simultaneous square to Saturn that coincides with the end of the Jupiter/Saturn event.

Shortly thereafter, though, we are likely to experience a major shift as the Sun enters Scorpio on October 23, followed within hours by Mars and Venus. The shift into Scorpio marks a transition into darkness. There we leave behind the light airiness of Libra and descend into the Underworld where we face the dark side and expose our subconscious. By the morning of October 24 those three planets will all be conjunct in Scorpio.

At the same time the fast-traveling Moon will join Mercury and Jupiter to face off with Saturn. Mercury and Jupiter tend to be fairly rational, but the addition of the Moon will add an emotional component that will facilitate the rattling of our psychological cages and show where the cracks in our armor may be. The conflict between Jupiter and Saturn is the conflict between confidence and doubt, and in this closing square of the current cycle we are likely to see corrections in the financial markets as well as a need to face the truths within ourselves.

Political note with lots of geeky astrological details: It is interesting to note that the last Pluto/Node event took place in August of 2002 as the US was making plans to attack Iraq. (In September 2002 Bush addressed the UN and shortly thereafter was granted war powers by the US Congress.) Pluto opposed the North Node at that time and both were in a tight aspect to the ascendant of the US Sibley chart, indicating a death and subsequent transformation (Pluto) of the identity of the United States (ascendant) that hindered the ability of the country to move forward (opposition between Pluto and the North Node). Even more interesting, Pluto first crossed the US ascendant in October of 2000, shortly before the election that put George Bush into power and transformed the image (ascendant) of the US.

All of these influences precede the retrograde turn of Mercury on October 28. At that point we may become frustrated in our endeavors which will necessitate us to look backwards (retrograde) and re-image our life and our plans. The retrograde period will end November 18 but the effects may be felt for a few days afterwards.

Going into the depths of the Scorpio experience which demands authenticity and the removal of extraneous detritus from our lives, this is a truly wonderful time to let go of anything that no longer serves us and open our hearts to new opportunities. At times like this if we don’t embrace change we may be hit on the head with it; it’s far easier and more exhilarating to go along willingly.