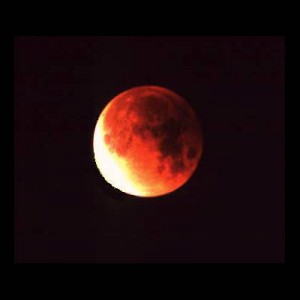 On August 28, the Sun will eclipse the Moon in an event which will be seen only in the South Pacific. According to NASA, the eclipse will be partially visible in the Americas and in Asia, but virtually invisible from Europe and the African continent. Whether the eclipse is visible in your area or not, eclipses are often events that denote a change in direction of some sort.

The Full Moon occurs when the Moon opposes the Sun, and lunar eclipses occur when the Moon and Sun each conjuncts the nodes of the moon. The South Node shows our past and the influences that hold us back, and the North Node guides us into our future. The eclipse on the 28th shows the North Node conjunct the Pisces Moon, calling us to go into the great beyond that lies within us to achieve a greater harmony within ourselves. The Virgo Sun conjuncts the South Node, highlighting our tendency to place the details of our daily life above the needs of our soul.

This is a powerful eclipse that includes a Grand Cross involving Mars in Gemini, Uranus in Pisces, Jupiter in Sagittarius and Mercury in Virgo. Grand Crosses occur when four planets are square to each other, and each is in opposition to one of the other planets which creates a buildup of energy that tends to explode in a crisis that is the impulse for change. This Grand Cross is in mutable signs where that energy tends to be scattered and unfocused, creating a great deal of confusion.

There are a number of planets in opposition during the eclipse, in addition to the Sun and Moon which makes this a Full Moon. The 180 degree aspect creates tension and requires balance between the two opposing polarities, and a prevalence of oppositions indicates an exceptional need for integration. So during this eclipse we have:

The eclipse takes place at 4 degrees Pisces/Virgo, and you will get some clues about how you may be affected by the eclipse by investigating where in your own chart the eclipse falls. The houses in which you find 4 degrees Pisces and Virgo will show you which polarity will be accentuated for you during this time, and where you are likely to encounter a change of direction. (If you don’t have a copy of your chart, you can have one calculated at no charge at astro.com.)