Beyonce and the Yod: Destiny’s Child

Beyonce and the Yod: Destiny’s Child

National Ledger has my profile of Beyonce Knowles up on their site (turn on your popup blocker! 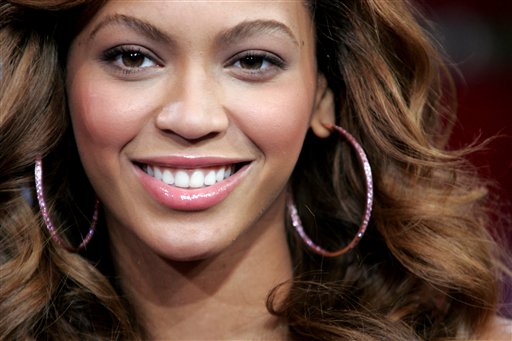 I’ve snipped part of the article here, you can read it there if you’re interested. But her chart has some fascinating configurations which may help to explain her starpower.

Venus in Beyonce’s chart is part of the Libra stellium, a placement that with Venus in its own sign virtually always confers exceptional beauty. However, her Venus is conjunct Pluto, the god of the underworld with its compulsions and fears. The Venus/Pluto combination indicates an insecurity at a deep level about her own value and her tendency to choose relationship partners that may be dangerous or have an edge in some way. However, Neptune makes a favorable aspect to this combination which adds inspiration and creativity (Neptune/Venus) and a strong sense of social justice (Neptune/Pluto).

On a deeply personal level, Beyonce’s Moon is in Scorpio, showing that she is intensely emotional and private about her emotional life. The Moon shows our emotional nature, and in Scorpio there is a depth of feeling not found in other signs as well as a need for privacy and even secrecy. Her Moon conjuncts Uranus, the planet of rebellion and radical ideas which identifies her as someone who needs a great deal of independence and autonomy. The Moon/Uranus combination can create resistance to establishing a deep emotional connection with another person as there is always an urge to flee with Uranus. It is probably not likely that Beyonce will marry until she is older, despite the strong Libran pull towards relationships and partnership.

Chiron opposes the Moon/Uranus conjunction, normally a stressful pattern that can indicate a painful history in the relationship with the mother. Certainly Beyonce’s mother was a relentless facilitator of her career, and there may be more to that story than has been made public. Chiron also quincunxes (150 degrees) Neptune and the Venus/Pluto combination, forming a Yod (finger of fate). The Yod aspect is considered to indicate a special gift or talent as shown by the apex planet, which in this case would be Chiron. Typically the Yod lacks the means for activation, because the 150 degree aspect is irritating and requires adjustment but typically doesn’t in itself generate a crisis leading to change like the square or opposition do. But the addition of the opposition of the Moon/Uranus to Chiron here adds the stimulation required to activate the Yod and create the energy that can bring Beyonce to realize the potentiality of those gifts. It’s an interesting synchronicity that Beyonce’s first group was called Destiny’s Child. (Geeky note to astrologers: Joan McEvers has termed the Yod with an opposition the Boomerang.)

Despite Beyonce’s stated desire to be recognized for her talent rather than her looks, she has been criticized for packaging herself as a sex goddess in order to sell records. In today’s world of visual media that is a smart and savvy move, but only time will tell if her stardom will fade with her looks or continue to grow with her talent.