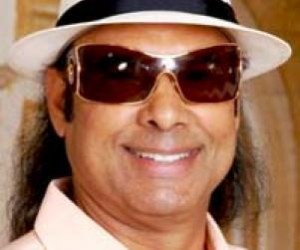 Bikram Choudhury is no stranger to controversy.  Founder of Bikram Yoga, the 26-posture sequence that is performed in an environment of at least 105 degrees, Choudhury has been involved in several copyright infringement lawsuits and sexual harassment complaints.  In a discipline that for thousands of years has embraced the wide sharing of knowledge, Choudhury’s attempt to claim ownership over yoga poses has been controversial even in the world of American yoga which is admittedly more material in nature than in its native India.  Choudhury first came to the US at the request of President Nixon in 1973, a very auspicious beginning to his career here.  The fact that so many adherents have achieved positive results is an admirable thing.  But over the past years his behavior has become more and more bizarre. Developing a healthy ego is an important aspect to personal development.  However, Bikram Choudhury, comparing himself to Jesus Christ and the Buddha, shamelessly exhibit the ego identification in a field that is designed to help its students transcend the shackles of ego identification.  Asmita is the Sanskrit word that translates as “I-amness” and is said to be one of the five kleshas, or hindrances, to a practice of yoga (defined by Patanjali as the “stilling of the changing states of the mind.”  I report these things to illustrate how far Choudhury has strayed from the principles of true yoga, using these examples:

In 2012 Choudhury was sued for sexual harassment by Pandhora Williams.  If you’d like to learn more about Choudhury watch this video from ABC News which discusses the trial as well as other aspects of Bikram yoga.  In May he was accused of rape  in two separate lawsuits by former students. Choudhury is in the news again, this time by his former legal adviser who claims she was threatened with deportation if she attempted to investigate the allegations of sexual assaults. Naturally I had to take a look at his astrological chart (February 10, 1946, Calcutta, time unknown).  This is an extremely airy chart, with no earth signs at all and no real fire other than Pluto which is in Leo.   Air is the element of communication and ideas – air is objective and visionary, but lacks empathy and compassion or drive. The Sun is in Aquarius and it conjoins Mercury exactly.  Sun/Mercury people are always blindingly intelligent, with a sharp mind and usually quick speech.  In Aquarius there is a rational and unemotional focus on reason and science, and in fact there is very little emotionality in the chart.  The Moon is in Gemini which tends to channel the inner world (Moon) through the realm of ideas and discussion rather than feelings, and it is widely conjunct Uranus, the planet of radical behavior.  An individual with this kind of preponderance of air often finds it difficult to stay still, and the influence of Uranus can inspire a dislike of conventionality in all of its forms. With Jupiter in an exact trine to the North Node one might predict that Choudhury would become successful and achieve great things, but he has an uncomfortable conjunction of Mars, the planet of drive and desire, to Saturn, planet of restriction and challenge.  Both planets are retrograde which suggests difficulty in expressing those drives and a compulsion, with Saturn retrograde, to keep working harder so that achievement can occur. The drive to assert the will of Mars is not easily expressed in the emotional sign of Cancer, and the sense of inadequacy that Saturn fosters can make that even more difficult. When Mars is afflicted such as it is here (it is said to be in its “fall” in Cancer and it conjoins Saturn so it is doubly afflicted) it is unable to be expressed freely.  The energy of Mars includes both the aggressive instinct and the urge for sexual release, and the eruption which some might classify as inappropriate of both of these expressions in Bikram’s general conversation and classes are likely the result of an unexpressed Mars that has finally achieved release. Choudhury’s chart is a fairly harmonious one; with so many planets in one element there is a great deal of harmony other than the Saturn/Mars conjunction.  However, Chiron is also involved in this chart, with a challenging square to Saturn that denotes a deeply wounded individual.  We don’t know much about his childhood and what might have occurred in his early life, but there is likely a pool of emotional damage that lies behind his outrageous behavior. Ever since last year Choudhury’s progressed Sun has been moving into position to form an exact square (90 degree aspect) to his progressed Mars and this dynamic will culminate in November.  I suspect that the controversy will come to a head around that time and create a crisis that will resolve the situation, one way or another.