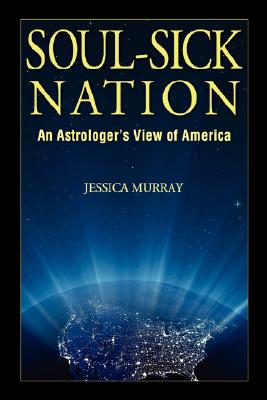 I have just finished Jessica Murray’s book Soul Sick Nation: An Astrologer’s View of America, and it is truly a powerful work in the field of mundane astrology. Written in language that the layperson can understand, it delves into the deeper issues of the chart as primarily symbolized by Pluto and Saturn.

I was particularly fascinated by Jessica’s interpretation of Pluto in the second house in the Sibley chart (the Sagittarius Rising chart most commonly used by modern astrologers). The second house has to do with money and possessions, but it also shows our values. Jessica reminds us that although what we value changes, the fact that Americans define ourselves by what we possess is endemic to Pluto in the Second House. As she says:

Recall that spice was once the premier symbol of worth throughout the civilized world. Later it was gold . . . Now it’s oil. And soon it’s going to be water.

Pluto in the second house also describes the way slavery was used to build the American economic system. “With slavery, Pluto took the idea of territorial control to its most literal and absolute extreme – one group of humans made possessions of another group for material gain.” And America’s obsession (Pluto) with capitalism and materialism (second house) can also be seen by this planetary placement.

Saturn falls in the tenth house in the US chart, the “house of public visibility” as Jessica describes it. Saturn demonstrates leadership and hard work, and in the tenth house it is very concerned “with what people think: the concept of reputation is a highlight of both their self-image and their group purpose. The US Saturn is in Libra, the sign of justice, and the US has long been seen as the nation which more than any other battled for justice throughout the world. Saturn squares the US Sun which is widely conjunct Jupiter, and the Sun/Jupiter combination shows that “in the American mind, aggrandizement is seen as the natural state of things,” and with the square of Saturn to the Sun, “decline is seen as aberrant.” This is exacerbated by the conjunction of the US Venus to the Sun/Jupiter conjunction which according to Jessica

This is no mere polemic against the United States; like any good astrologer, Jessica Murray prescribes ways that the nation can integrate the elements of the chart more successfully, and how we as individuals can help to seed transformation in the greater collective. The transit of Pluto through Sagittarius which is just concluding is examined in its relationship to the US chart, along with other upcoming planetary cycles and a look at what we can expect from them.

It is a terrific book and I recommend it to anyone with political interests. I’ve linked it in the “new books” section in the left sidebar if you’d like to take a look!