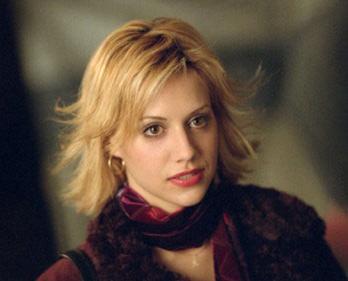 This is very sad, I thought she was a fine actress and I found her very appealing as well.  I first noticed her in the film “Don’t Say a Word” and she was amazing – she was particularly excellent at playing young girls who were mentally disturbed.  Now Brittany Murphy has died of cardiac arrest at age 32.

Murphy has a complex chart that reveals issues around anger.  Mars, the planet that defines our aggressive instinct, was in a challenging aspect to Chiron (wounding and healing) that depicts difficulty handling anger and rage.  Her Moon (emotions) was conjunct Venus (relationships and sensitivity) as well as Uranus (rebellion and reactivity), a complicated combination of planets that make relationships difficult.

Those three planets were in intense Scorpio as was her Sun, giving her a very intense emotional nature and the challenging aspect to Mars suggests that there was a powderkeg of emotion lurking under the surface.

Today Mars turned retrograde in a nearly exact square (a challenging 90 degree) aspect) to her Sun.  The Sun often signifies the heart in medical astrology, and Mars sitting in an exact aspect to her Sun could have unleashed a tremendous amount of aggression and intensity that perhaps she had no way to deal with.

Police have begun investigating her death and we will soon discover more details.  The family of course has asked for privacy, but when a young person of 32 dies of cardiac arrest there is usually more to the story.