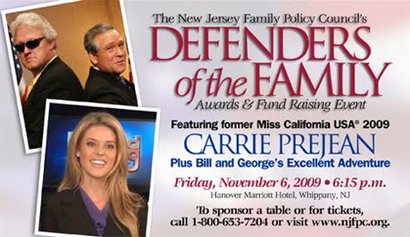 You may remember Carrie Prejean, the former Miss California who lost her bid for Miss USA and was subsequently fired as Miss California.  Since then she has been sued by the Miss California pageant demanding reimbursement for breast implants, to which she filed a countersuit for discrimination against her over her religion.
She evidently dropped the lawsuit after viewing a DVD in which she played the starring role in a porno film during a negotiation session.  Tuesday she defended herself on the program The View against questions regarding the sex tape.  Then yesterday, in an interview with Larry King promoting her book “Still Standing,” she threatened to walk off the set when King asked her a question about the settlement.
You can read all about Carrie Prejean’s astrological chart in this earlier article from June of this year when she was fired.  In that article I wrote about the challenging opposition in her chart between Mars (aggression and defense) and Uranus (rebellion and revolutionary behavior).  At the time I wrote, “this means that she has a tendency to attract situations which put her in conflict against other people when actually the conflict originates within herself.  She is outspoken with aggressive Mars in the communication sign of Gemini, and that Uranus factor acts as a constant irritant which continually provokes her into rebellion of one form or another.”
Carrie has been going through some difficult planetary cycles lately.  Earlier this year that explosive trigger in her chart composed of Mars and Uranus was activated by both Saturn and Uranus in the sky.  At the same time, the triple conjunction of Jupiter, Chiron and Neptune which has brought about such intense emotional experiences for many of us has been in a challenging square to her Sun and Moon, which are in conflict with each other in her chart.  This has exacerbated an inner battle between her conscious needs and desires (Sun) and her emotional reactions (Moon), and the fact that her Moon is in passionate Scorpio intensifies this conflict even more.
In many ways Carrie Prejean exemplifies the culture war going on in the United States right now.  Many in the Christian Right have set Carrie on a pedestal as a martyr for her beliefs, although she was recently dropped from a conservative event called “Defenders of the Family.”
In any case, I suspect that her fifteen seconds of fame are probably just about over.
Share this article...
By Lynn Hayes|2009-11-12T11:53:20-05:00November 12th, 2009|People|Comments Off on Carrie Prejean Continues to Self-destruct with Sex Tape