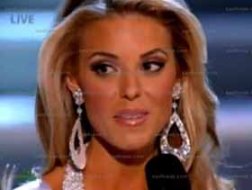 Naturally, I had to take a look at her astrological chart (born 5/13/1987, San Diego CA, time unknown).  Carrie’s Sun is in Taurus, widely known for its stubborn and inflexible nature but also a need for peace and serenity. Her Sun is opposite her Scorpio Moon which is passionate and can be manipulative with the Scorpio need to win.  With the Sun opposite the Moon (a Full Moon personality), the lunar instincts of the subconscious can overpower the conscious mind which results in behavior that is reactive rather than strategic.  This can lead to impulsive behavior for which there is little explanation.

This impulsive quality is also shown by Carrie’s Mars, showing her drive and the way she gets things done, which is opposite Uranus, the planet of rebellion and radical behavior.  She has an extremely rebellious nature, but oppositions (where two planets are 180 degrees apart) require some conscious integration to function well.  In most cases an opposition shows a tendency to generate conflict that comes from outside of ourselves rather than inside, and unless we recognize that the conflict is actually within us it can be difficult to move through situational problems.

For Carrie, this means that she has a tendency to attract situations which put her in conflict against other people when actually the conflict originates within herself.  She is outspoken with aggressive Mars in the communication sign of Gemini, and that Uranus factor acts as a constant irritant which continually provokes her into rebellion of one form or another.

Her aggressive instincts are even more finely honed because she has Jupiter, the planet of optimism and confidence, in the assertive sign of Aries.  This gives her the ability to unhesitatingly go after what she wants without fear or inhibition but is not known for its tact or sensitivity.

In fact, Carrie’s chart shows that she lacks a basic sense of empathy or compassion since there is no water in the chart other than the Scorpio Moon.  Water is the element that deepens our emotional connections and gives us a sensitivity to the needs of others, and this is lacking in Carrie’s chart.  While Scorpio is a water sign, it is more concerned with preservation of one’s own emotions than lending a nurturing quality to the personality.

At the time of the pageant, Carrie was even more rebellious than usual with a challenging transit of Uranus in a square formation to both Uranus and Mars in her chart which continues to set off the explosive rebellion that is already present in her nature.  Uranus in the sky will be continuing to apply pressure to her chart throughout the summer as it changes direction right on the degree of the planets in her own chart.

All of us at around age 21 experience a double whammy of transits of Saturn and Uranus.  Saturn creates challenge that forces us into situations that require a concerted effort to change, and Uranus stimulates us into rebellion and causes us to question everything in our life.  The combination of the two can be quite difficult for most of us, even if we’re not on the public stage. This kind of challenge isn’t easy but for a young person it can provide the stimulus required to help the personality to evolve.