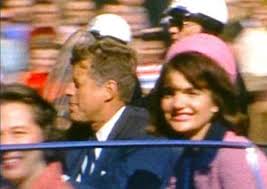 An asteroid eats a star: the occult implications

On the evening of July 8, observers from Earth will be able to watch as an asteroid occults a star, blocking its light for several minutes.  An occultation is a bit like an eclipse since the object that is hidden becomes invisible for a period of time.  Read more here.

In this case the asteroid is called “Roma,” and the star to be occulted is Delta in the constellation of Ophiuchus, the so-called “thirteenth constellation.” the role of  Ophiuchis in the 360 degree zodiacal belt is a topic for another story, but another of its Latin names is “Serpentarius,” meaning “snake holder.”

The use of the snake as a symbol for wisdom and knowledge goes back to the ancient Hindus, and even in the Bible the serpent enticed Eve to eat from the Tree of Knowledge, for which she was severely punished.  Some conspiracy theorists believe that an ancient serpent race became the first priestly class in cultures like ancient Egypt, and the Druids are said to have called themselves Naddreds which means “serpent priest.”

The symbolism of the tiny asteroid Roma occulting a star in the constellation of the serpent could be quite interesting.  It was the early Roman church that distorted the story of Eve and the serpent, and which strove for over 1,000 years to stamp out any knowledge among the common people.

The occultation will be visible in a narrow band crossing central Europe, Spain and the Canary Islands.  Belgium falls right in this line, and last week police in Brussels raided the local archdiocese of the Catholic Church, including the archbishop’s residence, in search of documents in a sexual abuse investigation.  That seems an interesting coincidence in light of the astronomical event involving Roma and the serpent of knowledge!

Update:  Mikah in the comments […]

In early August the President’s Council of Advisors on Science and Technology met in Washington DC to discuss the science that will constitute President Obama’s science agenda over the next few months.  At the time, chairman John Holdren made no comment about the H1N1 flu virus, although the virus was on the agenda.  Council member Harold Varmus said that,

A memo from budget director Peter Orszag and John Holdren setting priorities for the 2011 budget made no mention of the H1N1 virus.

Yesterday, however, it was a different story:

Swine flu, also known as H1N1, may infect as much as half of the population and kill 30,000 to 90,000 people, double the deaths caused by the typical seasonal flu, according to the planning scenario issued yesterday by the President’s Council of Advisers on Science and Technology. Intensive care units in hospitals, some of which use 80 percent of their space in normal operation, may need every bed for flu cases, the report said. …

President Barack Obama was urged by his scientific advisory council to speed vaccine production as the best way to ease the burden on the health care system. Initial doses should be accelerated to mid-September to provide shots for as many as 40 million people, the panel said in a report released yesterday.

So suddenly vaccine production is the best solution as outlined in detail in links from the White House press release.

Pressure is being applied from somewhere.

If you want to get really paranoid, remember that John Holdren, head of […] 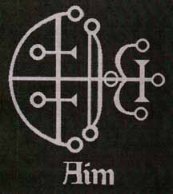