Astrologers predict the outcome of the 2012 election: Part I

At the recent United Astrology Conference (to which I was invited to speak, but was unable to attend due to family health emergencies), a panel of esteemed astrologers discussed their predictions regarding the outcome of the 2012 presidential elections.

You can watch the entire presentation here and here (thanks Chris Brennan for the links).  I was interested to see what techniques these astrologers used.  Most of the astrologers on the panel represent one of the more traditional branches of astrology, with Gary Christian practicing Uranian astrology which is a sort of fringe element of astrology that goes back to the early 20th century.

Gary Christian used the date for the oath of office and the solstice chart for the Winter Solstice 2012 and inserted the charts for both candidates into these charts.

Edith Hathaway used a variety of Vedic techniques as well as the strength of the ascendant lord (ruler) and the 10th house lord (ruler).  She is suspicious of the official Obama chart but prefers her rectified chart with Cancer rising as opposed to the Aquarius rising chart using the official birth certificate.  (Personally I have a hard time seeing Obama as a sensitive Cancerian ascendant.)

Nina Gryphon uses only the traditional planets.  She used the Aries ingress (spring equinox) chart for the year and location of the election.

Predicting the future with astrology 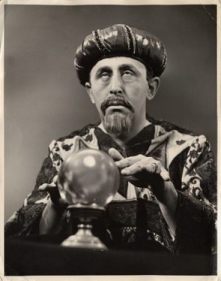 The title of this post is misleading.  As my readers know, I do not believe that we can predict the future with astrology.  We can predict stormy weather; we can predict good fortune of some kind.  We cannot predict with any degree of accuracy when specific things will happen, the effort of many astrologers to do so notwithstanding.

An example of this is the question “when will I meet my soulmate.”  This is probably the Number One question asked of astrologers, and second is “when will I be successful.”  Both of these questions depend not on astrology, but on our own ability to resolve the inner issues of our personality that are keeping us from landing the job or the mate of our dreams.

I did what I like to call a  “repair reading” not too long ago after a woman was told by an astrologer that at a certain time she would meet a man in a once in a lifetime planetary cycle, and that this was her last chance to find love.  I can’t remember the exact planetary event but it had something to do with Jupiter and perhaps progressed Venus.  She was recently divorced and not really ready for a new relationship, so when she met a man at the prescribed time she was unable to make it work.  She was in extreme distress, worried that she had indeed ruined her last opportunity for happiness.

I recently did a yearly consult with a client, and in our previous reading I had told her that a period was coming up that would be very fertile for relationships of all kinds and which could bring an important relationship her way.  As it turned out, during that period she […] 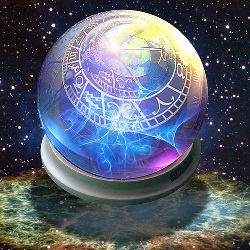 Recently I did what I like to call a “repair” reading for a new client after another astrologer gave her what I thought to be bad advice.  Her old astrologer had predicted that a transit of Jupiter would bring her an opportunity for new love, and that if she didn’t take advantage of it she would miss her one chance for true love.  When that transit came along, my client was newly divorced and not at all prepared for new love.

She did meet someone during that transit (Jupiter brings opportunities, and when it hits Venus in our chart it does sometimes bring someone new into our life.)   It was clear to me when I looked at the chart that with all of the other planetary cycles going on at the time, she was in a state of transformation that did not easily lend itself to new romance.   And when we delved a little more deeply into the chart of the new person it was equally clear that he really wasn’t the right person for her.

I have another client who messaged me on Facebook to let me know that right on schedule in her Jupiter/Venus transit she had met someone as I had predicted, but then later she let me know that the relationship didn’t work out, which I had also cautioned about.

As astrologers, we can predict the astrological weather but we can rarely predict specific events.  We can say “yes, during this time it is more likely that you will be meeting new people and there will be an openness to new romance.”  But we CANNOT say whether or not you will be ready for that […]

The ethics of prediction

Mercury retrograde periods are a great time for reposting!  I’m taking a few days off for some other creative projects so meanwhile please enjoy some of my favorite articles from the past, and please be kind to each other in the comments.

In browsing around for interesting astrology news I came across this in a forum on relationships:

I happen to analyse my horoscope.One astrologer told my marriage life is going to be full of problems and difficulties. I will go to the extent of commiting suicide I will have to face so many problems. I was really worried abt it.I told my would be abt it.He scolded dont believe in this all.I was very much worried on what the astrologer told.Pls tell me wat u peole say? should i beleive this or not

The querent lives in India so I assume his astrologer followed Vedic principles, and the Vedics are very much based in prediction of the future. Regardless of the type of astrology one practices, there are two issues here.

First, there is no way to predict for certain whether someone will commit suicide or how a difficult chart will turn out. I have seen people with incredibly difficult charts who have worked very hard through their issues to gain wisdom and inner peace. Second, nearly everyone in the psychic field agrees that it is unethical to predict a negative future for an individual; first, some of the most amazing experiences occur through difficult times and second, if you instill fear in that client they will create their own disaster. Certainly when a Pluto transit is coming that will hit the clients Chiron/Moon conjunction which squares Pluto, you know there will be some kind of trouble. But there are keys to navigating those rough waters so that the […]