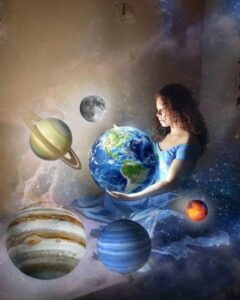 Astrological news this week: A shift of planetary energies 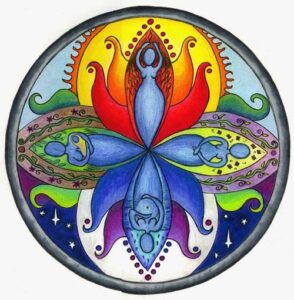 Mars in Taurus. Mars leaves fiery Aries for placid Taurus on July 5th and we will all breathe a collective sigh of relief. Things have been plenty hot with both Mars and Jupiter in Aries, along with Chiron to irritate the tender places in the soul with the hope of fostering healing and opening the heart. Under the influence of Taurus we are able to find our internal balance point and a renewed connection to the earthy things that bring pleasure and relief.

Mars will be in Taurus until August 20, so we have quite a while to enjoy the relaxation that this placement can bring. There are a couple of caveats though: First, it’s tempting with Mars in Taurus to want to smooth over rough edges and ignore danger signals that may arise when our lives are out of balance or confrontation is needed in order to maintain our inner peacefulness. Remember the bull who is peaceful in the pasture until the irritation becomes too great, and then an explosion of rage can ensue. Second, Mars provides motivation and physical energy, and this can be lacking when Mars is in Taurus. We may need to find other ways to motivate ourselves while Mars is in Taurus,

Very active Mercury. Mercury is the planet of adaptability, flexibility, gatherer and dispenser of information, curious and filled with a desire to learn and know things. Mercury opens the mind so all kinds of things can drop in, and encourages movement. Can’t sit still? Blame Mercury. Under Mercury’s influence we need to keep moving, keep learning, keep taking in new experiences in order to learn more about ourselves.

Astrological news this week: Care for the soul with Neptune and Ceres 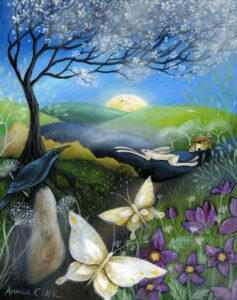 For the first few days of the week we are still under the influence of the April 30 solar eclipse at the Taurus New Moon which is nice grounding influence to help balance the mystic wonder of a Pisces stellium of four planets.

Pisces’ modern ruler Neptune is in a challenging square to Ceres, the planet that inspires us to care and nurture our physical bodies, so it’s important right now not to become so wrapped up in the Pisces care for the soul that we forget the other two legs of the stool, the body and mind.  The exact aspect was May 1st, but the influence will remain in effect for a couple of weeks and then Jupiter will square Ceres later in the month (May 18th).  This could lead to a tendency towards over-indulgence so establishing a good habit now will really help us to maintain our balance throughout the month.

One of the four Pisces planets is Mars, and when Mars (action) is in Pisces we often wonder where our “get up and go” went as the old saying goes. Taurus isn’t a very energetic sign either, so we may feel that it’s difficult to motivate ourselves.  This will start to lift when Venus (relating) enters Aries on May 2nd and begins to invigorate our interactions with others.

Jupiter, planet of optimism and expansion, is in a harmonious aspect to Pluto which peaks on May 3rd, and the entire first week of May will be infused by a boost of self-confidence and a clear path to our goals. The faster moving planets are helpful now with this endeavor; the Sun and […]

Astrological update for the week of January 3, 2022 – A bit of planetary R&R 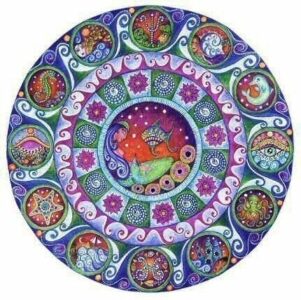 I may have neglected to mention last week that yesterday’s Capricorn New Moon was a SuperMoon, and today here on the East Coast of the US we are enjoying the meteorological effects.  We are under a heavy influence of Saturn currently – not only do we have the waning energies of the Saturn-ruled Capricorn New Moon, but six planetary bodies are ruled by Saturn right now: Sun, Venus, Moon and Pluto in Capricorn, and Mercury in Aquarius along with Saturn itself.  Saturn demands accountability and responsibility, so even though Jupiter has entered Pisces and we all want to relax and thing everything will be blissful from now on, it might not be that easy.  In my view the best way to manage these opposing forces is to hope for and visualize the best (Jupiter in Pisces) while preparing for the worst in a disciplined fashion (Saturn).

Here’s your forecast for the week ahead. Dates and times are for the Eastern time zone, please adjust for your locality.

Monday January 3.  The energies of the Capricorn New Moon will be waning for a day or two, so this is a great time to be organized. The Moon will leave Saturn ruled Capricorn at 5:43 pm today and move into Saturn-ruled Aquarius so the six planetary bodies in Capricorn will still be in effect until Wednesday when the Moon enters Pisces.

The Moon is quite busy on Monday as it passes by Venus and Capricorn in the morning and forms a harmonious trine to Ceres in the afternoon.  Structure and functionality are the keywords for today.

Tuesday January 4.  The Aquarius Moon activates the challenging square alignment between Saturn and Uranus (the Story of 2021 as I called […]

So says one of my favorite YouTubers: “From a wider perspective, you are related to every single person on this planet, even to those who think differently or look different. Then who are you fighting with? Share smiles and kindness to make our small planet in the universe a better place for all earth dwellers.”

Put aside your worries for a moment and enjoy this moment of happiness.