A change of direction: the lunar nodes change signs

A change of direction: the lunar nodes change signs 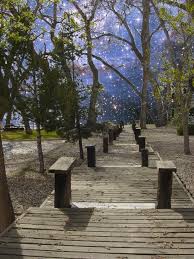 The Nodes of the Moon are not planets – they are purely mathematical points that show where the path of the Moon crosses the path of the Sun (called the “ecliptic”).  The North, or ascending, node acts as a signpost to take us into the future – it points the way for our soul’s evolutionary growth.  The South, or descending, node is a signpost from the past.  Through the South Node we release people, places and things which we carry with us that are no longer needed.

The North and South Nodes are always in opposite signs, reflecting the polarity of the astrological pantheon, and they change signs approximately every eighteen months or so.  On March 23 the mean calculation for the North Node will move from Scorpio into Libra.  Some astrologers use the “true node” which will change signs on February 19th.

One of many things astrologers argue over is whether to use the “mean node” or the “true node.”  Steven Forrest has written a perfect article on the nodes which I can’t improve upon.  Steven says:

[T]he actual moment-to-moment position of the lunar nodes is quite twitchy. Essentially that is how the true node is calculated—although in reality most astrological computer do not take all of these effects fully into account. Even the “true” node is not really true. The bottom line is the calculated true node’s motion is eccentric. It can even sometimes go briefly Direct.

The mean node assumes the simpler view: that the Moon orbits the center of the Earth. The effect is to smooth everything out a bit.

In any case, when the lunar nodes change signs there is a shift in focus on a global level.  Over the past eighteen months the North Node has been in Scorpio while the South Node has been in Taurus, where the need is to move from a focus on comfort and stability (Taurus) to a more fully engaged and passionately involved position in the world (Scorpio).  The focus will change over the next six weeks or so to the Libra/Aries polarity in which the Libra North Node urges us to find the commonality between us all so that harmony can be achieved and to begin to leave the more self-directed aspect of our nature behind (the Aries south node) for the time being.

I have seen with clients that transits of the nodes often correspond with significant events in their life that may not be immediately recognizable but which later can be seen as significant turning points.  The North Node pulls us forward, the South Node pulls us back which is why Vedic astrologers often consider the South Node (Ketu) as being malific.  But from a more modern perspective, just as with Mercury and other retrogrades this turning back to the past in order to heal and release and move more effectively towards the future is an important part of the soul’s work – I believe it is one of the most important aspects of healing and evolution.

The houses in your astrological chart in which the nodes are retrograding through (because they always travel retrograde) will be impacted to some degree.  The South Node traveling through a house will bring up issues from the past surrounding the domain of that house; the North Node will introduce you to people and situations that will help you to progress in your life in the area of importance to that house.  For example:

We often live our lives believing we have no direction or no map, when there are signposts all along the way of our journey. The lunar nodes can help us find our way when we are lost, and provide guidance when we seek it. (If you don’t already have a copy of your natal chart you can print one for free at astro.com).