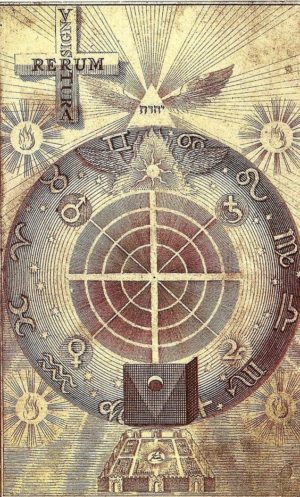 Thanks to Bibliophilia for the art

There are two cycles of significance involving Jupiter this year, one is a harmonious sextile to Neptune and the other a challenging conjunction to Pluto.

Jupiter has been in Capricorn since early December when it joined a cluster of Capricorn planets for an earthy dose of realism and practicality.  Briefly, Jupiter  teaches us to expand our horizons and to learn the value of positive thinking; under Jupiter’s influence we gain new confidence and the ability to trust that life is carrying us in just the right direction. When poorly aspected, Jupiter can inflict a reckless and overconfident approach to life resulting in complacency, but it’s safe to say that this virtually never occurs when Jupiter is in Capricorn where the expansive principle of Jupiter must operate within the confines of Capricornian structure.

On February 20th, 2020 Jupiter will make the first of three harmonious sextiles to Neptune.  Jupiter is related to Neptune through their shared rulership of Pisces, but where Jupiter is a personal planet and rules in the personal realm, Neptune is a transpersonal and transformational planet.  The combination of Jupiter and Neptune, linked in harmony, has the potential to bring out our best selves and put all of our creative imagination to work (after all, Jupiter is in Capricorn so some work must be done!).  This is a lovely aspect full of divine inspiration and optimism that will help to ameliorate some of the darkness we’ve passed through with the heavy emphasis of Saturn and Pluto in Capricorn.  [Update 3/20/20: It’s been called to my attention that under the spell of the Coronavirus we have not been able to glean the benefits of Jupiter/Neptune as I had hoped!]

The effect of a Jupiter transit lasts for a couple of weeks, and the magic will dissipate towards the beginning of March, although there are no real stressful alignments until Jupiter makes a brief pass at Pluto in their conjunction of April 4th and then again June 30th.  Under this influence, you can either get a phenomenal (Pluto) understanding of the Universe (Jupiter), or you can get a gigantic (Jupiter) kick in the pants towards your cosmic destiny (Pluto).  It’s hard to know which will happen, but with Pluto edging ever closer to the US Pluto in preparation for the US Pluto Return in 2023, it’s likely that this will bring some heightened drama (if such a thing is possible!!) to the election cycle.  Under Pluto in Capricorn (since 2008) we have seen a ferocious concentration of wealth and a widening of the income gap around the world, and a conjunction from Jupiter may simply expand and broaden this concentration taking place around the world.

In the United States, the final conjunction of Jupiter to Pluto takes place a week after the election.  Predicting the future is a fool’s game, but no matter who wins this is an indication that there is likely to be a fair amount of upheaval and conflict regarding the outcome.

The second phase of the harmonious Jupiter sextile to Neptune occurs on July 27th with the final stage taking place on October 12th, so that will help to soften some of the intensity of Jupiter and Pluto.  Under the combination of Jupiter and Neptune we seek the higher road to salvation through compassion and care for those less fortunate, rather than through greed and accumulation of wealth and power.