“Confessions of a horoscope writer” and why I’m not one

“Confessions of a horoscope writer” and why I’m not one 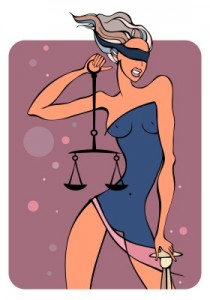 Someone posted this article on our astroblogger Facebook group:

Until recently, I had a dirty little secret. I write horoscopes. Or at least, I used to. Now it’s not such a dirty little secret because a) I’ve just told you and b) there aren’t that many horoscope clients left in my portfolio any more, anyway. But back in the day – oh yes. I was the BBC Slink teen astrologer for 13 years until the site closed last year and provided daily teen horoscopes throughout that time. … ; You might think that this was a track record to be proud of. My husband, bless him, certainly thought so and would waste no time in telling people proudly about my various clients while I smiled through gritted teeth and quickly changed the subject. I wasn’t particularly proud; not ashamed either, exactly, but, well, embarrassed. You see, as a professional astrologer. I know better than anyone that sun sign horoscopes are by their very nature generalisations at best and at worst a load of tosh. Telling someone that I was writing them made it sound as though I – and worse, every other member of my profession – truly believed that all Scorpios were going to win the lottery on Thursday, but not before their Leo partners had ditched them for the next door neighbour and run off to start a new life on the Costa del Sol. Bracing myself for the “but you don’t actually believe all that stuff, do you?” question, it was easier to just move off the subject than try to defend *real* astrology and point out that I was just writing horoscopes because it paid well.

The word “horoscope” has come to mean those sun sign columns you get in your local newspaper or magazine, but its true meaning is the actual diagram of the planets at a given time and place. There’s no doubt that horoscope writers have the potential for great fame – Steven Forrest is one of the greatest astrologers of our time, but it was his stint as horoscope writer at Elle Magazine that brought him into the limelight. Michael Lutin is well known among astrologers, but he too became more widely known when his “horoscopes” were carried by Vanity Fair and Huffington Post. In the UK Jonathan Cainer has achieved great fame through his “horoscopes” in a variety of major publications. And let’s not forget Rob Breszny, whose entertaining Free Will Astrology columns are syndicated worldwide.

Astrobloggers report that when they started carrying sun sign “horoscopes” their traffic shot up. And frankly, most people become interested in astrology through learning about their sun signs. Still “horoscope” writers admit that the practice is more art than astrology. Rick Levine of tarot.com, one of the most brilliant “horoscope” writers, has said in interviews that writing daily horoscopes is mostly poetry with a bit of astrology thrown in. Over the years I have had offers to write sun sign columns, all of which I have declined. I suppose I am fortunate that I have another career so that I don’t need the money badly enough to sacrifice my principles. My main objection to these things is that while they are entertaining, they really have nothing to do with astrology. Yet the publications in which they appear carry no disclaimers, and no information that would draw readers to learn more. We are fortunate that the internet gives anyone the opportunity to share their own astrological views with the world.

As I write this our astrobloggers group has 172 members, all of whom can put their work out there for the international public to find and enjoy.There’s also plenty of astrological nonsense out there that isn’t limited to sun sign columns, such as this new publication from Topix. In this magazine you can learn how astrologers analyzed birthcharts to “predict the future and Expose the Secrets they live with.” You can see which of the Real Housewives is headed to the poorhouse, and whether certain celebrities had a choice whether or not to get plastic surgery. (I snagged the photo from Jeffrey’s review.) To put a positive spin on this, the magazine did use real natal charts and not just sun sign astrology in their articles, according to Jeffrey. And if it encourages more readers to inquire into the more serious aspects of astrology and the gifts and magic that it offers, I suppose that’s not a bad thing.