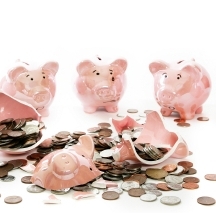 Image from Alter Now I don’t blame Obama – he inherited a disaster from the Bush administration and is in a “damned if you do, damned if you don’t” situation.  If he stood by and let the economy collapse so that it can be rebuilt, which is what I believe must happen, he would be tarred and feathered by just about everybody.  And without a solid understanding of the astrological cycles and the fact that Pluto’s entry into Capricorn began a systematic contraction in the financial system, it would make sense to pump money into the economy in order to save it.
Obama admirably wants at least an appearance of bipartisanship in Congress, but Congress won’t cooperate.  I’m afraid that his collaborative style of government, though effective, may not be workable in today’s Saturn/Uranus atmosphere of duality and conflict. But I don’t see that the alternative would be any more successful; a leader who ruled with an iron fist would generate enough opposition to inspire revolution.  This is the pull between Saturn and Uranus – the status quo and the rebellion that resists it.
In addition, I am enough of a conspiracy theorist to believe that you can’t get elected president without going to bed (figuratively) with the shadowy government that actually pulls the strings.  My first clue to this was in Obama’s selection of Geithner and Summers for his economic team. I can understand that Obama would want advisers who understand the system, and unfortunately that probably means advisers who are IN the system.  But Geithner and Summers were part of the team that caused the problems that shook the economy in repealing the Glass-Steagall act which regulated big brokerage firms.
Under the current banking crisis, the big banks are eating up the small banks, just as the big corporations have eaten up the small ones.  Only this time it is being subsidized by the taxpayers.  The bigger these entities get, and the more corrupt they become, the bigger the collapse will be.  I do not see this as something to be feared but rather as something necessary in order to equalize the basis of power which is the global economy.
Manipulation of the financial markets is nothing new; there is serious evidence that goes beyond conspiracy that the financial panics and crashes of previous eras were manipulated by international bankers.  The Federal Reserve banks are not federal entities, but private corporations whose shares are sold to commercial banks.  Shareholders elect the board of directors, which means that the banks control the Fed.  But just try finding out who are these shareholders that are running our economic supply – it’s impossible.  The Federal Reserve has successfully rebuffed all Freedom of Information Act requests to discover this information.
It’s a corrupt system, and part of a scam that has been going on for thousands of years beginning with the early Catholic Church which consolidated power and finance under one roof and turned the world into a serfdom.  It does astonish me that in today’s Internet age, where information is so freely available, that the people can still be so deluded by propaganda as to be convinced to resist the regulation of these big financial institutions.
In today’s world, these powers don’t have to collect backbreaking taxes.  They merely convince the masses to invest in the stock market (remember George W Bush’s plea for converting the Social Security system to an investment bank?) and then orchestrate a crash through rampant speculation and then the burst of a bubble.  This is nothing new.
So what is the solution?  Wake up and be informed.  Invest your money wisely, resist the temptation to jump into a market that is ballooning for no reason.  Saturn and Pluto will soon be at war, but since Saturn rules Capricorn through which Pluto is now traveling, it will be easier to integrate those two principles of death and rebirth (Pluto) with discipline and hard work (Saturn).  But most of all, speak more loudly than your more ignorant neighbors and tell your congresspeople that you want regulation of these financial institutions.
Once Uranus enters the picture next spring there will be more energy for resistance and change. For now, educate yourself and your neighbors, and let the spread of wisdom overcome this cancer.
Share this article...
By Lynn Hayes|2022-09-13T12:33:30-04:00October 23rd, 2009|Money and markets|Comments Off on Conspiracy Corner: Our Broken Economy