Current events from an astrological perspective: Black lives suddenly matter, and other news

Current events from an astrological perspective: Black lives suddenly matter, and other news 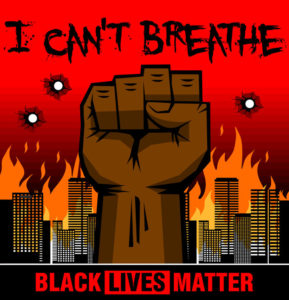 One thing we might be wondering right now is why the time is suddenly ripe for the US to embrace the Black Lives Matter movement.  Marches to protest the murder of George Floyd by the police (represented by Capricorn – the structural foundations of society) have spread like wildfire around the world.  Even Mitt Romney is marching in protest.

The Black Lives Matter movement began officially in 2014 after the killing of Michael Brown in Ferguson, Missouri. At the time, the world was in the throes of a challenging square alignment between Uranus, planet of revolution, in the sign of Aries the warrior, to Pluto, planet of destruction and transformation, in the sign of Capricorn the structural foundation.  This major planetary cycle lasted between 2010 and 2017, overseeing shifts of power and control across the globe. And yet, the BLM movement was marginalized and not taken seriously until the killing of George Floyd.  So why now?

The (Sibley) chart for the United States featured Pluto, the planet of death and creative destruction, in the second house of possessions and money.  The early slave owners for the most part considered their slaves possessions rather than human beings (we could say the same thing about women, but that’s a matter for another post).  The idea of slavery is intricately woven in with money and possessions – not only were slaves possessions but they were also the cheap labor that enabled great wealth to be built.  Of course the US wasn’t the only country to benefit from slavery: most of Europe allowed slavery in colonial areas, and the slave dealers in west Africa were also enriched by the slave trade and parts of Africa still practice slavery.  But the wealth amassed by the United States has been far greater than any of these other nations, and slavery is one factor for this great wealth.

Pluto takes approximately 247-248 years to travel around the Sun, and to travel around the zodiac so people don’t experience a return of Pluto to their natal Pluto.  But countries do, and I wrote about this in an analysis of the Roman empire. The commonly accepted chart for the United States has Pluto at 27 degrees Capricorn, and transiting Pluto is currently at about 24 degrees Capricorn so the exact alignment of transiting Pluto won’t occur until February 2022.  But the “orb of influence” has already begun and you can catch up with all of my articles about the US Pluto return here.

As you may know Saturn, Jupiter and Pluto have been traveling pretty closely together in the skies for some time now.  The much anticipated and feared conjunction of Saturn to Pluto in January 2020 didn’t create the big economic bang that astrologers were looking for, but that was the time when the Coronavirus was beginning to explode out of China across the globe, wreaking destruction and economic distress.  Because transiting Pluto (and Saturn) are so close to Pluto in the US chart, all of these planets are putting pressure on the US Pluto and exposing the fractures in the values of the nation, the economic system, and the relationship to black people – all factors tied in with the symbolism of the second house.  So in February, transiting Saturn (tests and challenges) hits natal Pluto and we see the beginnings of Covid-19 in the US and the crash of the stock market.  In March, transiting Jupiter collides with transiting Pluto and we see an explosion of ideological conflict over masks and conspiracy theories.

Then in mid-May, transiting Jupiter retrogrades back and hits the US Pluto, and George Floyd is murdered, instigating an eruption which begins to expand (Jupiter) outside the Black communities into mainstream consciousness to the point where now municipal governments are considering measures to defund the police (Pluto in Capricorn).

Currently as I write this on June 10th we have four planets retrograde.  Between now and mid-October there will be between four and seven planets retrograde – a huge number, statistically.  When there is a great deal of retrograde energy, we find ourselves going back over old territory, hopefully so that it can be fixed.  Pluto’s role is to dig up the traumas and darkness which lies hidden in the shadows, but Pluto also presides over the wealth that can be found underground – the gems and valuable minerals that we find when we brave the darkness of those shadows.  So this is a time of great challenge, but also with the potential to offer great release and transformation.

It won’t be an easy summer, though.  Mars (aggression) will move into fiery Aries, its own sign, and in late July and August Mars will begin to face off in a challenging square to Jupiter, Saturn and Pluto that will continue for a long time since Mars will turn retrograde while in the midst of that challenging aspect.  On top of this, the US Progressed Moon is currently triggered by all of the Capricorn planets, and will be in the line of fire of Mars just as it conjoins the US Natal Pluto.  Then the final hit of transiting Saturn to the US Pluto will take place right in time for the US election in early November, and then in December Mars completes its conflict cycle to US Pluto.

When we’re dealing with this kind of volatility, it’s important to stay focused on the goal.  Yes there will be strife and probably violence.  Yes there will be conflict and political disruption.  And this is even before transiting Pluto hits the US Pluto over the next few years.  But before something can be repaired it sometimes must be broken apart.  The political system in the United States has been patched together over 250 years, and it no longer functions.  Donald Trump is not the cause – he’s the instrument.  We have to remember that until recently, nearly 50% of the country approved of him (and apparently some of my readers, as well).  All of these planetary alignments are simply exposing the fissures that are already there, and once they have broken down we will be able to rebuild a political system that hopefully will work for all Americans.