Richard Dawkins and the Astrology of Skeptics

Richard Dawkins and the Astrology of Skeptics 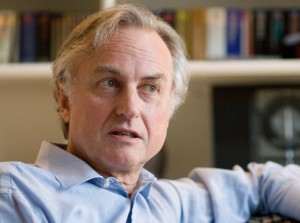 The conversation in the comments thread to the last post inspired me to look at Dawkins’ chart and I confess I am quite fascinated with the strong Neptunian signatures that lie therein: Pisces Moon and Mercury, with Pisces Venus opposite Neptune, two very mystical signatures that counteract the Grand Trine in earth signs, which Twilight says she also possesses and makes a case for a low number of astrologers in this age group (born 1941).

Dawkins also has an unaspected Sun in Aries. Unaspected, or singleton Sun makes it difficult to forge an identity and can result in extreme behavior, particularly in Aries where it demands attention. You know how they always say that homophobes are afraid of their own homosexuality; I think the same may be true about skeptics. It is their own vulnerability inherent in the mystical site of their personality that they disown and can’t understand.

The patron skeptic of this blog, our friend Paul, had a similar dynamic: a strong Neptune and Pisces signature along with an equally strong Aquarius nature with all of its reason. There is no Aquarius in Dawkins’ chart, but there is that earthy base and the singleton Aries trying to find expression.

Dawkins said something in an interview that adds weight to my theory:

“At the age of about 13 when I was being confirmed, I did have a fairly active fantasy life about a relationship with God, and I used to pray and I used to have fantasies about creeping down to the chapel in the middle of the night, and having a sort of blinding vision and things. . . .

He goes on to say, “I certainly don’t believe in a God who answers prayers, forgives sins, listens to misfortunes, cares about your sins, cares about your sex life, makes you survive death, performs miracles – that is most certainly a God I don’t believe in. Einstein’s God, which simply means the laws of nature which are so deeply mysterious that they inspire a feeling of reverence – I believe in that, but I wouldn’t call it God.”