Dealing with fire: A flow chart

Dealing with fire: A flow chart

Some people, like my Aries friends, thrive on a heavy does of fire like the one we’re getting lately. They get energized and don’t mind the sleepless nights as they stay out late dancing the night away. Others of us are a little more disturbed by the force of what we may perceive to be chaos and forces that are beyond our control.

Things are a little easier now than they were when we had six planets in Aries fighting against a few more in Pisces, but there are still five planets in Aries and Mars, the ruler of Aries, is inching towards a conjunction to Jupiter which will expand that force of fire even more.  And let’s not forget Uranus, planet of radical action and electricity, is in Aries and will remain there for quite some time. 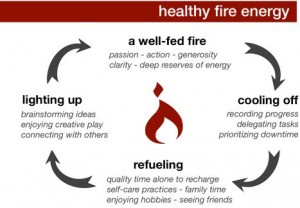 Perhaps that’s why there are record wildfires in Texas and California, even though it’s very early in the season, and why a torrent of electromagnetic energy unleashed 62 tornadoes in North Carolina in one day.

Fortunately for us, astrologer Shannon Garcia has provided us with a flow chart to help us effectively channel this energy.  Check it out here.