Dick Cheney’s back in the hospital

Dick Cheney’s back in the hospital 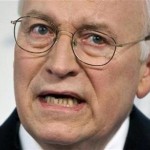 Former Vice-President (or some would say acting president) Dick Cheney was admitted to a hospital in Washington for tests on Friday night as the powerful Grand Cross eclipse fell right on his progressed Moon.  Cheney’s Moon just progressed into Libra about a week ago where it was challenged by an opposition from both Jupiter and Uranus (you can read how my own Uranus transit caused heart palpitations for me in this earlier post).

Cheney has a long history of heart problems.   You can read my (warning: very biased) profile of Cheney from 2005 here.  Saturn squares Cheney’s Sun natally, and the in medical astrology the Sun often represents the physical heart in the individual.  Saturn creates pressure on the heart that can erupt when the individual is under stress.

Cheney’s Sun is in Aquarius, which is very rational and most comfortable when emotions do not enter the picture, yet his Moon is in the highly sensitive sign of Pisces. Handling emotions is problematic for him, so in his case the Moon may be a more significant indicator of health issues than the Sun.  In February 2010, just after transiting Uranus formed a challenging opposition to his progressed Moon, Cheney was admitted to the hospital with chest pains which were later diagnosed as a heart attack.

It’s no wonder he might have felt unwell under the eclipse influence, with six planets challenging his progressed Moon.  There are some transits coming up that can signify the departure from life, although not always and not reliably.  Cheney’s progressed Midheaven has just completed a challenging square to Jupiter in his chart, signifying a release of some kind, and the progressed MC is just about to square Saturn which can indicate a major life challenge.  Overall, though, his planetary cycles are not all of that difficult so I doubt that we will lose him any time soon.