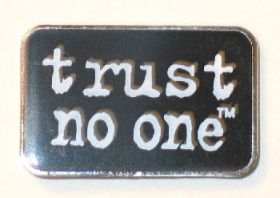 The first phase of the opposition between Saturn and the old order and Uranus bringing in the new swept in a wave of conflict between the desire to change the government and the desire to maintain the establishment and the status quo.   The fact that this cycle began on election day in the US added a particularly political flavor to the opposition.

Now, 18 months later, only 22% of the respondents to a recent survey conducted by the Pew Research Center trust the government all of the time.   This is still higher than the trust numbers during the end of the Bush administration, which had dipped to 20%.  But there has been a steady decline in trust in the government since the Eisenhower administration enjoyed a trust factor of over 70%.

With Pluto traversing through Capricorn, the sign of the structures that form the underpinnings of society, it’s not surprising that the fissures in these structures are beginning to show.  The Pew poll shows that government isn’t the only Capricornian structure that isn’t trusted; other institutions such as banks, large corporations and national media are also suffering from this lack of trust.

Again, this is to be expected under Pluto’s travels through Capricorn which follows on the heels of an expansive period since 1995 when an irrational exuberance gripped most facets of public life.  It was perceived that real estate prices and the stock market would continue to rise indefinitely.  It was thought that the US military could invade two countries and conduct indefinite wars on several fronts without having to pay for it.  Then suddenly in January of 2008, Pluto enters Capricorn and the cold reality that is Capricorn’s domain sets in.

Capricorn also rules the corporate structure, and because legislation in the US is now so strongly defined by the lobbying of corporations, I have long thought that there is no way the government and corporate world can be purified to serve the people unless the corrupt and rotted facets of this world collapses.

This phenomenon is not isolated to the United States, although the US seems to be the country suffering from the most widespread lack of trust (perhaps because of the double whammy of Saturn and Pluto whalloping the US Midheaven over the past two years).

Saturn and Uranus align in the fourth of five oppositions on April 28.  Don’t be surprised if tensions continue escalating over the next week.  This will lead up to a wildly revolutionary fervor as Jupiter and Uranus collide beginning in May, leading up to the major Cardinal event in June as the solar eclipse sets off the Cardinal alignment and begins the events that take us into the restructuring of the next few years.