Does astrology work in the southern hemisphere?

Does astrology work in the southern hemisphere? 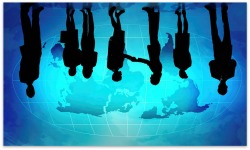 Tropical astrology is based upon the turning of the wheel of the seasons, with Aries at the Spring equinox and the rest of the cardinal signs marking the beginning of the other equinoxes and solstices.  But what happens in the southern hemisphere where the seasons are reversed?  When the first day of Aries marks the first day of autumn, does astrology still work?

For some reason I have more clients in Australia than in any other country, and often when reading charts for people born “down under” the question of the accuracy of “northern-centric” astrology.  Time and time again, the chart proves its accuracy.

One of the flagship astrological software programs, Solar Fire, comes to us from Esoteric Technologies in Australia.  Charts in Solar Fire for southern hemisphere births are calculated exactly the same as for those in the northern hemisphere.  (I had a short Facebook chat with Jamie Darkstar who confirmed that Australian astrologers use the same charts that we do here up north, but he reminded me that many of the experts in fixed stars, as Jamie is, are Australian.)

The famed Dane Rudhyar and some other astrologers have proposed reversing the astrological chart to better fit with the astronomical reality of the southern hemisphere.  Others disagree:

For contemporary astrologers, signs are seasons, however they are psychological seasons, not literal ones.  While the Sun in a sign pinpointed the time of year (since this is how time became measured) any another planet in a sign does not equate with these literal seasons. Metaphorically Aries is a beginning whether it marks the beginning of spring or not.  Jupiter in Aries may be a robust beginning but obviously is not spring.  Seasonal metaphors for the twelve zodiacal signs are solar based.  Northerners often ponder whether the meaning of the signs should be reversed to accommodate the seasonal differences.  Again this is fixing the zodiacal metaphors from the Sun’s point of view.  Carl Jung often used to refer to astrology as a “projected psychology”.  Onto the heavens we cast our myths animating the constellations with our human psychology.  Here in the South hemisphere the zodiacal signs are also able to be adapted seasonally with Capricorn being dry or Cancer being wet.  The archetypal zodiac responds to its projections.

The archetypes embedded in the art of astrological symbolism exists in all climates, no matter what the actual weather is.  Capricorn is still cold and geared towards a lack of emotionality whether it exists in a hot desert or in the frigid Arctic circle.  Cancer is still touchy and sensitive even when it falls in the dead of the southern hemisphere winter.  Dharmaruci explains it well:

Modern knowledge is based on the application of reason to what are called facts. This knowledge is scientific – it is hard, it is objective and it is ‘out there.’ But as even science will sometimes admit, you cannot separate the observer from the observed. What is seen is profoundly influenced by the mind that is seeing.

And the mind thinks symbolically, whether it understands that or not. A scientific fact or theory may seem to be just that on paper. But if it is a significant fact or theory, then our mind does something else with it. That idea acquires power, it comes to stand for something. Even the term ‘significant’ shows this: something is significant because it signifies something, it stands for something. Or let’s say ‘important’ idea instead: well that means it has an import, it implies something beyond itself. Even the word ‘understand’ means to stand under, as if we are receiving wisdom from above.