Elizabeth Edwards has her say

Elizabeth Edwards has her say 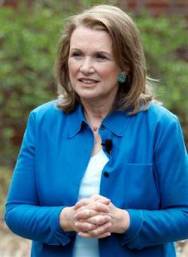 My sister Jill is nearly never wrong, so it pained me greatly when she fell for the slick posturing of John Edwards in his presidential campaign last year.  Now she is really mad, and who can blame her. I am generally a pretty tolerant person, but the one thing that I can’t stand is phoniness, and I have watched this in Mr. Edwards ever since he burst suddenly onto the North Carolina political scene.  You can learn more about how his astrological chart describes his personality here.

Elizabeth Edwards is another story – she is the kind of “Everywoman” that nearly everyone can relate to.  She is gritty and real, and when she fearlessly appeared before the TV cameras with her hair falling out from chemo to talk about health care reform she warmed the hearts of women everywhere.  These same women also loved John Edwards for his loyalty to Elizabeth.  I suspect that it was really Elizabeth that won Jill’s admiration, and John Edwards was merely basking in the reflection of Elizabeth’s glory for Jill and many other women.  You can read more about the astrology of the marriage of John and Elizabeth Edwards here.

When it was discovered that John Edwards was having a serious affair during the campaign, and that Elizabeth Edwards knew about it and encouraged him to run anyway, her supporters were shocked and furious.  But you can take one look at Elizabeth’s birthchart and see that she is a desperate romantic for whom family and her relationships are the most important foundation of her life.  Her Sun in Cancer, with a focus on nurturing and family ties, is squared by Neptune (planet of transcendence and illusion) which shows that she is all too eager to surrender her own self and values for the sake of the family.  Her Moon is in Libra, revealing her emotional need (Moon) for balance and harmony in relationships at all costs (Libra).  And that Moon also conjuncts Neptune and squares the Sun, giving her a tremendously romantic view of life and very thick rose-colored glasses.  She would much rather enjoy her idealistic view of her life and her man than face a reality that might necessitate a change in her family.

The Edwards are back in the news with the publication of Elizabeth’s new book and her appearance on the Oprah Winfrey show this afternoon where she has promised a no-limits interview.  Elizabeth has a number of favorable transits occurring this year, including a trine from transformational Pluto to her natal Saturn which is helping her to recreate the structures (Saturn) of her life in a way that empowers her and gives her a greater core strength.  It is not her nature to rock the boat or threaten the stability of her family, but transiting Pluto is also in a challenging aspect to Uranus in her chart, fostering a deep restlessness and a need to break free of anything that is not working in her life.

For John Edwards it’s another story.  As transiting Uranus (surprise, shock, change) crosses his midheaven (public life), an investigation into his campaign finances could bring out more scandal.  And the National Enquirer reports that his mistress Rielle Hunter, apparently angered at the way events unfolded, has asked for a DNA test to prove paternity of her child.

These two have survived a great many tragedies and crises in their 31 years of marriage, and the bond between them is strong.  Thiis scandal has brought Elizabeth Edwards into the limelight in a way that would not have happened otherwise, for better or for worse.